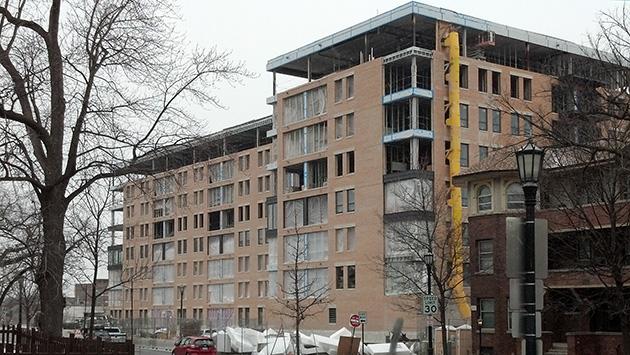 A report from the Chicago Metropolitan Agency for Planning says rental vacancy rates in the Glenview/Evanston submarket declined from 4.1 to 2.6 percent between the start of 2012 and the end of the year’s third quarter.

That makes the vacancy level here notably lower than the 3.2 percent rate for the Chicago metro area as a whole.

The data, from Reis Reports, also shows that the Glenview/Evanston submarket showed a 1 percent increase in rents in the third quarter alone.

For the Chicago market as a whole rents have risen nearly four percent between January and September, and Reis is projecting that rent increases will continue through 2014.

And the City Council is scheduled to take a final vote Monday on plans from Carroll Properties and Fifield Companies for 368 new rental units in two towers, the taller of which would top out at 165 feet, on Emerson Street downtown between Maple and Oak Avenues.

Combined, the four developments would boost the city’s stock of rental housing units by nearly 7 percent over the count of 12,159 occupied units estimated by the Census Bureau at the end of 2011.

At that time, the Census Bureau estimated that more than 7 percent of Evanston’s rental units were vacant. But many of those vacancies are believe to be in older, smaller buildings that aren’t tracked by commercial services like Reis Reports.

The Census Bureau says 2,657 new housing units were build in Evanston between 2000 and 2011. The vast majority of those were condominium units constructed before the real estate market collapsed in 2007.

CMAP says the increased demand for rental housing appears to be driven both by broader economic conditions that have turned many would-be homebuyers toward the rental market and by demographic shifts, including the growth of the young adult age group that includes a high proportion of renters.