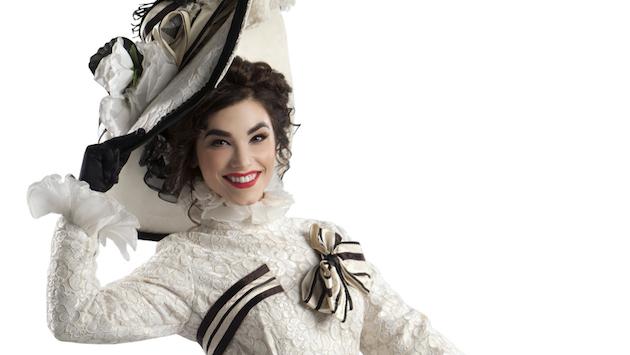 Like Eliza Doolittle in its upcoming production of "My Fair Lady," Light Opera Works is looking to make a change — but in the theater group's case, the change desired is a change of name.

“Truth be told, when I was hired almost 10 years ago, now, the board was discussing the need for a name change,” said Rudy Hogenmiller, artistic director of the company which produces shows at Cahn Auditorium and Nichols Concert Hall in Evanston.

“The tag line of Light Opera Works, from the beginning, has always been ‘Illinois' Music Theatre’, which has certainly been brought up as a potential name,” continued Hogenmiller. “That could work, it's relatively easy since it's always been attached to us…but should we have something catchier, sexier? Does the name need to say what we do? Who knows, this is what we're discussing.”

The new name, still to be decided by the board and staff, will become official with the 2017 season.

"The company will remain a home for light opera — for example, ‘Die Fledermaus’ is on the 2016 season," said Managing Director Bridget McDonough, "but we are also the home of Broadway classics, Great American Songbook concerts and popular educational programs for young people. We would like our new name to reflect the diversity of our repertoire and programs."

“When the company started out in 1981, operetta was certainly their main focus…even obscure operettas that were rarely, if ever, produced,” said Hogenmiller. “So that was an interesting concept; no theater or music company was doing that, especially with a full orchestra and on a big scale."

But, he added, "the people who grew up listening to operetta and loving them gets smaller and smaller with every passing year. And we've discovered, in our modern times, very few people, even ones who say they enjoy operetta, will take a chance on any show that they don't know or at least have heard a lot about.

"So, let's be honest,  we really are not a light opera company, producing only light operas, so I do feel it's a bit misleading, and I think that should be corrected.”

Hogenmiller explained the type of work — musicals and light operas — that Light Opera Works is interested in as having “beautiful scores, and making a full orchestra a worthy thing.” He says that musicals such as “Grease” or “Hairspray” will likely never be part of a Light Opera Works season, but he wants the company to focus on “classic” musicals that fulfill the true scope of what the company can do.

Light Opera Works also solicited name ideas from their patrons and the general public. “I'll share with you an idea a conductor friend of mine sent me,” said Hogenmiller. “‘FLOW- Formerly-Light-Opera-Works. Go with the flow!’ I'm not saying that's it, but I do think it was kinda clever and fun and an interesting idea.”

The new name for the company will be announced at its annual gala on April 16.

Tickets Light Opera Works 2016 shows, including the June production of “My Fair Lady”, are available online.