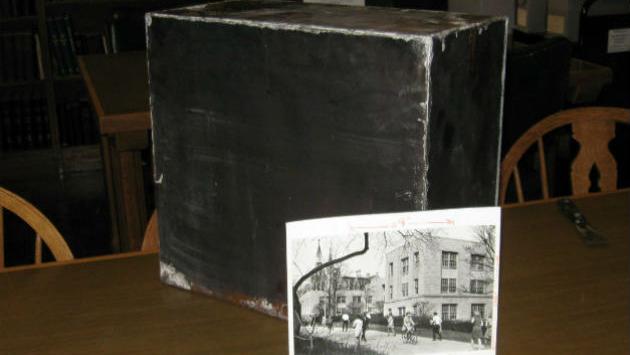 While doing some serious renovating, Northwestern University had unearthed a metal box in the cornerstone of the old Kresge classroom building, constructed on the campus in the mid-1950s. Wednesday afternoon, they invited the media to watch as they took a peek inside.

Bonnie Humphrey, director of design, explained that the building was being completely renovated–"a complete gut," she called it–to enable professors to employ modern technology in teaching their classes and to make it a more energy-sustainable building as well.

On hand was university archivist Kevin Leonard, who was eager to determine if any of the contents could be added to the university's extensive archives. 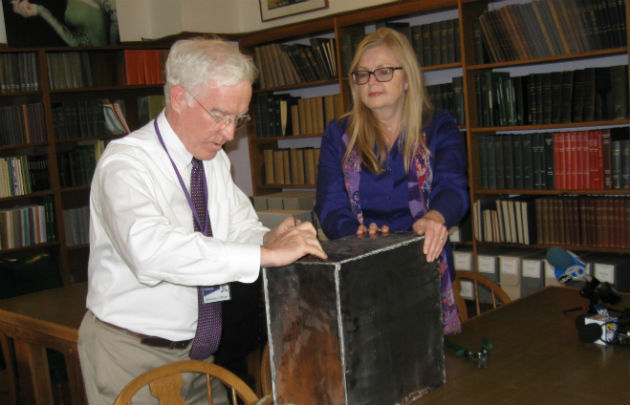 With Ms. Humphrey helping to hold it steady, Mr. Leonard proceeded to pry open the box. 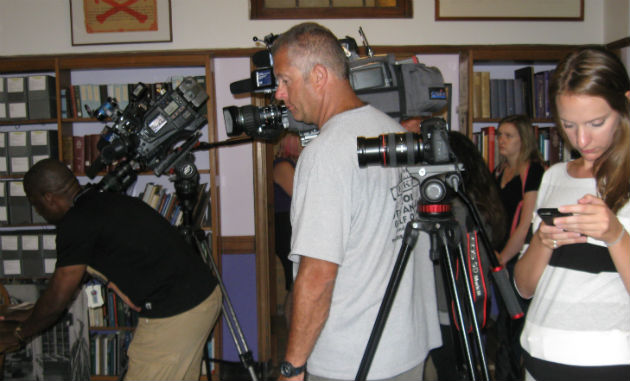 The Chicago media were on hand to record the event. 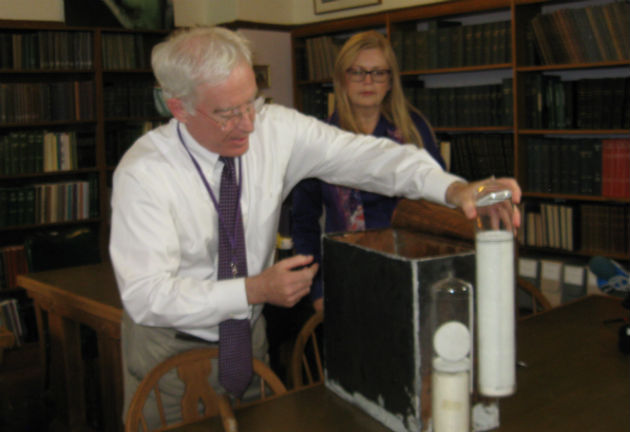 Inside the box were three helium-filled glass tubes containing rolls of paper. 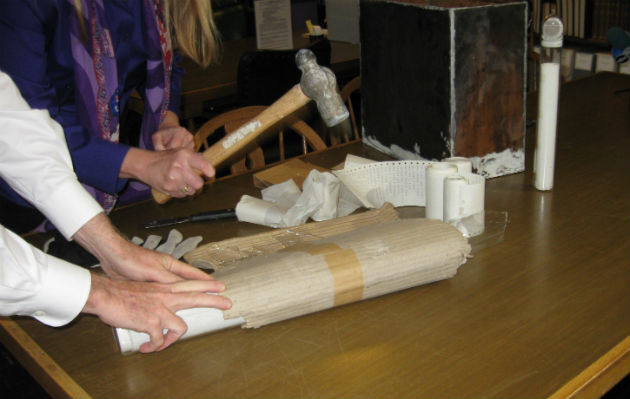 A construction-grade hammer was employed to crack open the bottles. 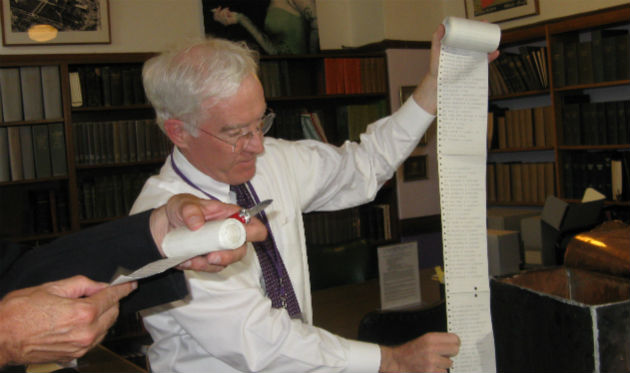 Inside were several rolls of paper that Leonard concluded were names of donors for the project. He said the university had raised some $3 million to construct the building. 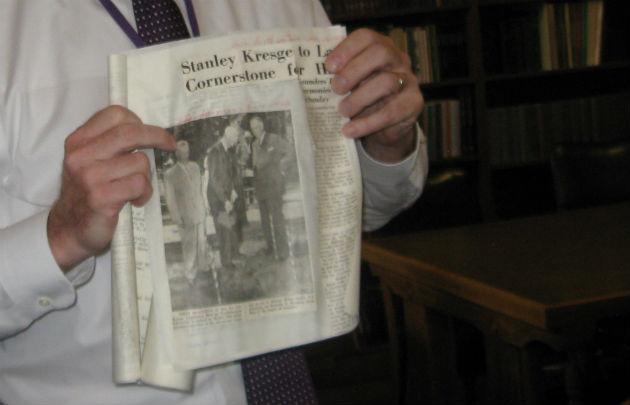 Also inside were newspaper clippings about the construction project, including pictures of the dime-store magnate, Stanley Kresge, after whom the building was named.

Leonard said he will either add the contents to the university's archives or put them back in the box along with additional materials about the reconstruction that can be returned to the cornerstone in hopes that some future university officials will discover them many decades into the future.