Compared to the previous 38-story story design, the midsection of the new design from Booth-Hansen architects has a smaller setback from the property line. 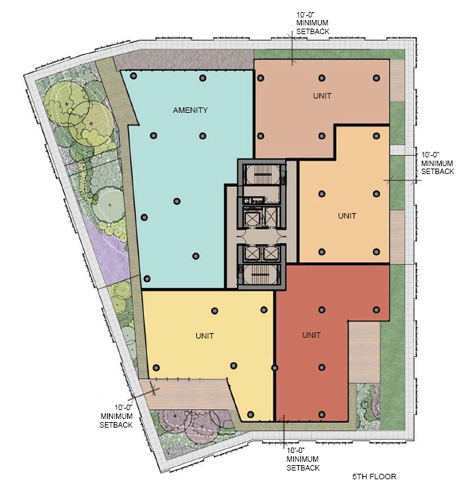 The new design shows the tower with just a 10-foot setback from the retail and parking deck base at its narrowest points, compared to a substantially larger setback on three of the four sides in the 38-story design presented last year. 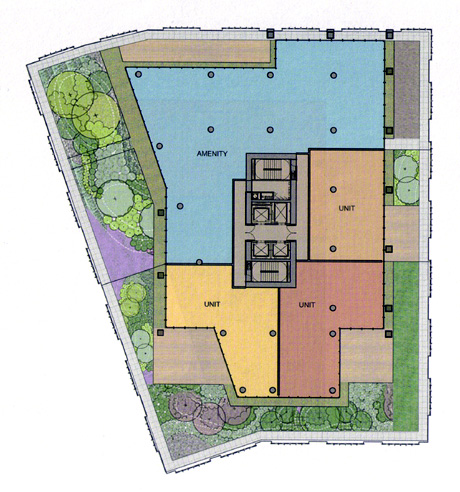 The other major difference is that in the new design the tower steps back from the street in three stages rather than two. 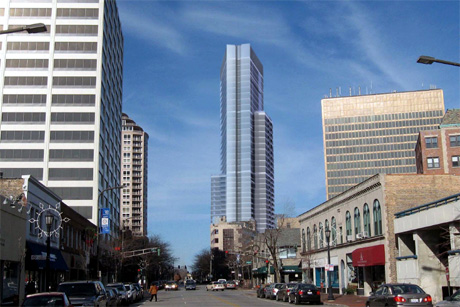 A rendering of the new tower design viewed from the south on Sherman Avenue.

In the old design both "wings" of the tower ended at the 24th floor. In the new design the west wing ends at the 15th floor, while the east wing rises to the 25th floor.

The old design had three condo units on the fifth floor, nine on the 6th through 24th floors and two on the tower floors above that.

In the new design there are four condo units on the fifth floor, 10 on floors 6 through 15, eight on floors 16 through 25, and two on the tower floors above that.

The net result is that the new design has a total of 204 condo units, two more than in last year’s design.

The Planning and Development Committee of the City Council will hold a special meeting to discuss the Fountain Square tower project at 6 p.m. on Tuesday, March 3.