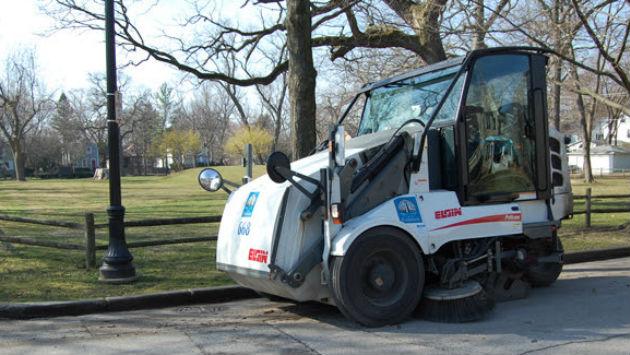 The City of Evanston issued nearly 10,000 tickets for street-cleaning parking violations during the second quarter of this year, heavily concentrated on high-density residential streets on the east side of town.

At $75 per ticket, and with a 9.5 month street-cleaning season, that could bring bring in nearly $2 million in annual revenue, if tickets continue to be issued at the same pace and every violator paid the ticket.

The map above shows roughly how many tickets were issued on each block in town. The 1500 block of Oak Avenue won the prize for most tickets issued, with 102.

In response to complaints that the city’s street cleaning signs are hard to read and only posted at each end of each block, city officials will propose at Monday’s City Council meeting that an additional sign be posted at mid-block on the 61 blocks where 30 or more tickets were issued between April 1 and July 9 this year.

A memo to aldermen says those changes can be made using the city’s existing inventory of signs.

Aldermen balked at a proposal July 9 to add 2,500 new signs of the existing design on all city streets at an estimated cost of $40,000 for signs and posts.