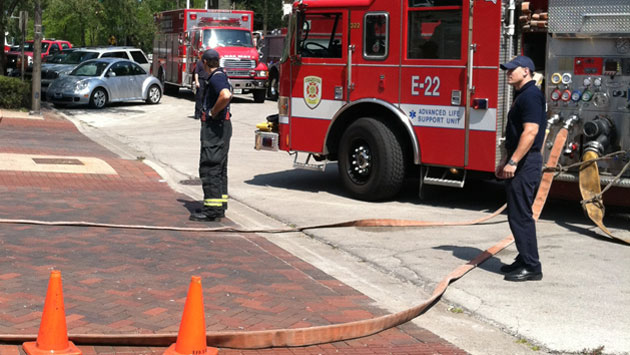 Evanston fire and police units responded to the Evanston Post Office late this morning after a worker reported being exposed to an unknown white powder while on the job.

But it turned out the substance was flour a resident had sent to himself along with cooking spices he purchased during a trip to California.

City Manager Wally Bobkiewicz says paramedics treated the employee who was exposed to the substance and the county hazmat team was called to the scene and the building was evacuated, before it was determined that the powder was harmless.

Top: Firefighters outside the post office this noon (City of Evanston photo by Eric Palmer).