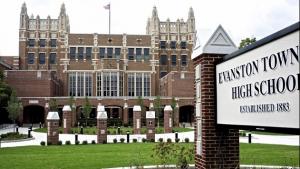 Now that the Evanston Township High School District 202 Board has failed to obtain a majority of votes to fill the vacancy resulting from William Geiger’s resignation and forthcoming move to Charlotte, N.C., perhaps it needs our readers’ help in finding an alternative.

After all, there have been 14 applicants, many of whom have rather impressive qualifications. All 14 are summarized below. Which ones do you think deserve additional consideration by the board?

Feel free to click on the “Add Comment” button adjacent to this story and give us your opinion.

Following, in alphabetical order, are excerpts of information from their applications:

Elissa Bassler, CEO of the Illinois Public Health Institute.  A 14-year resident of Evanston with a son at ETHS. Holds a Master of Fine Arts from the Goodman School of  Drama at DePaul University.  Is “proud of how ETHS has worked to address the minority achievement gap.” Says she feels her many years experience in public policy gives her “a deep understanding of how the policy and legislative process works.”

John Berkley is vice president and general manager of Global Business Travel for American Express and a 15-year resident of the district. Holds a B.A. in History with a Religion minor from the University of Virginia. Also masters degrees from Virginia in Business Administration and in East Asian Studies. Says he believes there will be a transformational change in teaching over the next decade and that ETHS needs to innovate and pioneer in such areas as the “flipped classroom.”

Andrew Bezaitis, CEO of Apoplco, Inc. and an ETHS alum and parent. Ran unsuccessfully for the Board in 2013. Holds an MS in Engineering from Illinois Institute of Technology and an MBA from the University of Chicago. Says his experience “at research institutions, public and private companies and company boards, experience with multi-million dollar budgets, launching and building new businesses” would be valuable assets to the board.

Carl Brownell, a history teacher at ETHS for 13 years, now teaches at Maine East High School as the Department Chair for Social Science.  Graduated from Northwestern University as a history major and received his Master of Arts in Teaching degree from Brown University. Is particularly interested in “improving overall student achievement through the use of sound grading and assessment practices.”

Betsi Burns, assistant dean at Loyola University. Holds an M.S. in Education from Northwestern University. Has lived in the district for 18 years.  Says her experience as a university administrator would be helpful to the board in ensuring that all students are better prepared for college, vocational school, or work.

Maureen Kenney holds a B.A. in international management from Holyoke University and an MBA from Stanford Graduate School of Business. She is a new product development manager in the Cheese Division of Kraft Foods. A 29-year resident of the district and an ETHS parent, she participated in the Evanston Community Foundation's Leadership Evanston  program and considers ETHS to be “the jewel of Evanston.”

Russell Kohnken, a 26-year resident of the Skokie portion of the district who just retired as chemistry teacher at ETHS. He received a Ph.D. in biochemistry from Michigan State University and is a Sunday School leader and treasurer of his church. “On the school board, I can provide a different perspective, one of both a teacher and a scientist,” he says.

Karen Larkin, a 16-year resident of the district, holds an MBA  from Northwestern University in finance, marketing, and organizational behavior and has worked for 15 years in business analysis, investment management, and strategy consulting. Says her business experience can be useful to the board “to further the goals of enhancing equity and excellence and accelerating the academic achievement of all students.”

Patricia Maunsell is an ETHS parent and has lived in the district for 14 years. Holds a Master of Science in Education and Social Policy degree from Northwestern University and an undergraduate degree in history and political science from the University of Vermont. She is an education communications consultant. Currently serves on the board of the McGaw YMCA and was recipient of the Phyllis Ganser PTA Volunteer of the Year Award in 2006.

Andrew Schultz is a parent of students in District 65 who are on their way to ETHS. Holds undergraduate degrees in electrical engineering and economics at Stanford University and an MBA from Northwestern University. Helped design electric car battery systems at Motorola and is presently general manager of the Chicago office of a digital marketing agency.

Anne Sills is a retired caterer who ran unsuccessfully for the board this year. She attended Kendall College in Evanston and Columbia College in Chicago. Was an independent small business owner in Evanston for 17 years. Worked with the District 65 Referendum Committee for Capital Improvements and a school in the Fifth Ward. She helped teach cooking at Haven Middle School. An ETHS graduate and parent of two ETHS students.

David Ter Molen, an ETHS graduate and parent who is a 14-year resident of the district. Holds a B.A. in History from Dartmouth College and a law degree from Northwestern University. Is a partner in a Chicago law firm in the intellectual property and litigation practice groups. Has been an outspoken advocate at ETHS for keeping class sizes “at an appropriate level.” He’s also a parent of students at Haven Middle School and Lincolnwood Elementary.

Mindy Wallis, a 17-year resident of the district and mother of three children who have attended ETHS. Feels that her “experience as an active observer, parent advocate, and occasional participant in the challenges and successes at ETHS” makes her uniquely qualified to serve.  An instructional designer of adult education courses at the Institute of Real Estate Management. Holds masters degrees from Northwestern University and the University of Illinois.

Liliana Barro Zecker has lived in the district for 22 years and is a parent of two ETHS graduates. She is an associate professor in DePaul University’s College of Education. Taught English as a second language in Buenos Aires, Argentina, and was active in developing the Two-Way Immersion (TWI) program in District 65, where she chaired that district’s Bilingual Parent Advisory Committee.

Be sure your comments are positive in nature, as the board members want to know who they should appoint, not who they should not appoint to a job that one of our readers once described as “possibly the worst unpaid job ever.”

ETHS Board at impasse on filling vacancy