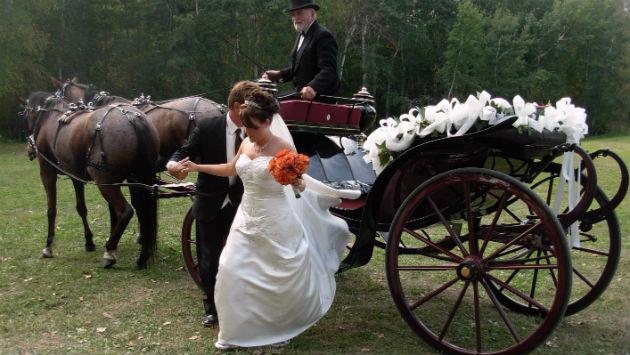 Some Evanston aldermen reacted skeptically Monday night to a proposed ban on horse-drawn carriages that was prompted by a single complaint.

“What problem are we trying to solve here?” Alderman Peter Braithwaite, 2nd Ward, asked as he chaired the Human Services Committee meeting. “What’s the impetus for this?” Alderman Eleanor Revelle, 7th Ward, added.

He said the resident, who lives in the 600 block of Church Street, told him she’d seen a horse and carriage at the corner of Maple Avenue and Church Street on Saturday, Oct. 28, and felt that the animal appeared to be endangered.

After checking the city code and discovering that it doesn’t currently ban horse-drawn carriages, he directed the city’s legal department to prepare the ordinance to prohibit them.

Alderman Cicely Fleming, 9th Ward, said she could be fine supporting a ban on carriage horses, but she asked whether it would also apply to a person riding a horse.

Assistant City Attorney Henry Ford said he could look into expanding the prohibition to include horseback riding, “but I would need to do some more due diligence about that.”

Braithwaite said some schools have carnival events with horseback rides for kids, and suggested that there should be an exception for those.

Bobkiewicz said operation of horse carriages or similar activities on private property “would be another matter entirely,” but that the ordiance might be revised to address “other special events involving animals” beyond the parade exemption included in the draft ordinance.

Some comments from residents expressed doubts about a ban.

Dan Joseph asked whether the Lone Ranger would be permitted to ride Silver here.

Betty Landis suggested that a horse-drawn carriage ride is seen by some people as a charming part of a wedding ceremony, and the city shouldn’t make it too hard to carry out that tradition.

And Dan Coyne wondered whether the ordinance would ban Mennonites and members of other religious groups that use horse-drawn carriages from visiting Evanston.

Chicago has chosen to regulate rather than ban horse drawn carriages and has adopted an extensive regulatory scheme for the industry, although animal rights activists claim the three carriage firms licensed in the city routinely violate the rules.

Rather than advancing the proposed ordinance to the full City Council, the committee directed the city manager to have the staff consider revisions to the proposal and then bring it back to the committee at its Feb. 5 meeting.