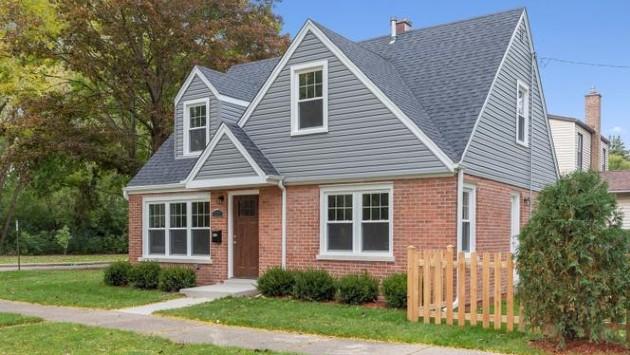 I got a personal example recently of how hard it will be to provide more affordable housing in Evanston.

My brother and I last week sold the house our now deceased parents had bought in Mount Prospect in 1971.

And coincidentally the house in Evanston where we grew up, that our parents had sold in 1971 after my mother had to switch from a school nursing job in Glencoe to one in Schaumburg, also sold last month.

The Mount Prospect house, with eight rooms including four bedrooms, sold for a stated price of $315,000, or $171 per square foot.

A listing photo of 903 N. Quince Lane in Mount Prospect.

Forty-eight years ago, when my parents made their westerly move past I-294, they sold their then 17-year-old Evanston home for about $30,000 and purchased the considerably larger and newly-built Mount Prospect home for about $45,000.

Admittedly, it’s not an entirely apples-to-apples comparison between these two homes.

A developer recently put a lot of work and money into upgrading the Evanston house after buying it in April for $160,000, and the Mount Prospect property got only modest upgrades immediately before we sold it.

You couldn’t get me to leave Evanston to live in Mount Prospect. Like a lot of other people, I enjoy our proximity to the university, the walkable community and all our urban amenities. But that desirability drives up prices.

Given high land and construction costs, it appears that more affordable housing in Evanston will have to involve smaller housing units built at greater density — whether that’s granny flat coach houses or additional apartment buildings.

And so far the potential solutions appear to be advancing only at a snail’s pace.