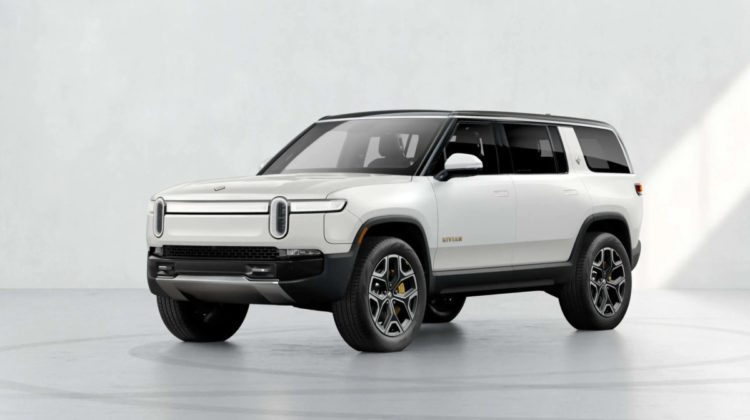 A Rivian R1S, in an image from the company website.

First it was Tesla. Now, it’s Rivian and Lucid, electric vehicle startups that, like Tesla, plan to sell directly from manufacturer to customer, bypassing the long-standing practice of selling through franchised dealers.

Illinois law requires new vehicles to be sold by independent franchisees, not by the company that makes the cars, trucks and motorcycles. Now, the Illinois Automobile Dealers Association, the Chicago Automobile Trade Association, a dealers association in Peoria, and the statewide motorcycle dealers organization have filed suit against two new electric vehicle companies, Rivian and Lucid, for trying to sell cars online in Illinois and through manufacturer-operated showrooms.

The lawsuit also names Secretary of State Jesse White’s office as a defendant, saying that office is failing to enforce the Illinois Motor Vehicle Franchise Act that bars manufacturers from selling directly to consumers.

While nearly 250 car dealerships out of 700 around the state are parties to the lawsuit, the three local dealers, City Volkswagen, Autobarn Mazda, and Evanston Subaru are not.

Evanston Subaru was recently purchased by McGrath Auto Group. Five other McGrath dealerships are plaintiffs in the case. Gleason, the general manager at Evanston Suburu, had no comment as to why that dealership was not involved in the case. He said Subaru is developing an electric car, but also added demand for such vehicles “doesn’t seem to be as big as any of the manufacturers think.”

Anthony Scala, owner of City Volkswagen, said VW has an electric vehicle which is a “game changer.” However, he was “not terribly concerned” that manufacturers would try to sell such cars directly, bypassing franchised dealers.

Manufacturers are in business to make cars, he said, not sell and service them. It would be “absolute chaos” if the current system collapsed, he said. Dealers “take care of the customers,” he added, questioning “are the manufacturers going to buy the dealers out?”

Dave Sloan, president of the Chicago Automobile Trade Association, told Evanston Now that the dealership system protects consumers. If dealerships closed, he said, there would be no price competition within the same brand, say, Ford dealership against another Ford dealership. He also pointed out that franchised dealers sell electric cars, so it’s not the car he’s concerned about, it’s the sales model.

The lawsuit says in addition to selling cars, dealers service vehicles, advocate for consumers over warranty and recall issues, and are usually “family owned businesses,” employing 40,000 people in Illinois.

Two experts at Northwestern University have somewhat different opinions on the future of car buying. Professor Joseph Schofer, who teaches civil engineering and is a transportation specialist, tells Evanston Now “We’re moving to e-commerce for cars as well as other products. The needs for dealers, sales space, and local inventories is shrinking and has been for a long time.”

Plus, he says, dealers make a lot of their money on repairs, and electric vehicles need fewer and different fixes.

Professor Hani Mahmassani, director of NU’s Transportation Center, says, “The model of purchasing cars has changed during the pandemic.” More business is moving online, but, he says, “with complex products,” like a car, “people like to touch and feel.”

“I’m not convinced yet we won’t have dealers anymore,” he says, even if those dealers do things somewhat differently.

Under a 2019 agreement among Tesla, the Secretary of State, and the statewide and Chicago dealers associations, Tesla is allowed to have up to 13 manufacturer-owned sales sites in Illinois.

The dealers current lawsuit indicates that’s as far as they’re willing to go.

We requested a comment from Autobarn but have not heard back.

A spokesperson for the Secretary of State’s Office says they are reviewing the lawsuit and will then discuss it with the attorney general.

Rivian has a factory in Bloomington, Illinois. A spokesman for Rivian declined comment on the suit.

Daniel Witt, Lucid’s senior manager for public policy, said the lawsuit is “little more than an ongoing heavy-handed tactic … to stifle consumer choice by dictating the way in which consumers buy their electric vehicles.” He said Lucid intends to “comply fully” with Illinois law when vehicle sales begin.