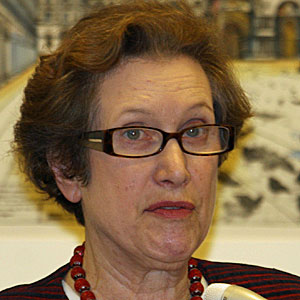 Evanston Township Assessor Bonnie Wilson, who's decided not to run for re-election, says she'll be leaving the assessor's office in better shape than she found it.

Wilson issued a statement this weekend recapping her time in office so far. Here's the text of what she wrote:

After careful consideration, I have decided not to run for re-election as the Evanston Township Assessor in the Spring 2013 elections. Though my term does not expire until January 1, 2014, I would like to thank everyone who has supported my efforts to improve the performance and perception of this office during my tenure

The Evanston Township Assessor’s office now provides our residents with a critical local resource to help them navigate the Cook County assessment appeals process and to ensure that the correct exemptions are applied to their property tax bills.

Over the last three years I have done several things to make this office function appropriately and within the mandate set forth under Illinois State Law. When I took office, I received a call from the Cook County Assessor Permit Department that they were not receiving numerous building permits and they said that these building permits were not being forward to the county for valuation for several years.

This caused an unfair burden on taxpayers who were paying more than they should because of the under valuation of hundreds of properties. I corrected those mistakes of the past and put procedures in place to ensure timely reporting of permit activity to the County Assessor from my office and the City of Evanston Permit Department.

These programs had not been utilized for several years prior to my taking over the office. The availability of this information, as well as having someone who can utilize the program, made a great difference to many taxpayers who had long, ongoing issues with incorrect assessments.

I hired a Deputy Assistant who has helped organized the office. She has created a database of taxpayer’s records that gives us a detailed history that includes the taxpayer exemptions and assessment. Our office can then help these taxpayers and resolved their issues in a timely and efficient manner.

Taxpayers, who utilized attorneys for appeals to the county and were beneficiaries of the Long Time Occupant or Senior Citizen Assessment Freeze exemptions, have recovered fees from their attorneys because we explained how lowering their assessments could not have saved them property tax dollars because of the protection these exemptions provided them from rapidly rising property taxes.

I have made a concerted effort to reach out to the community in the following ways.

I have attended many Ward meetings, senior meetings at the Fleetwood-Jourdain Community Center and the senior office on Dodge next to my office. I have put out a pamphlet explaining what the office does and what exemptions are available to taxpayers. I have regularly attended the monthly City of Evanston’s Human Services Committee meeting to give important information on upcoming dates and deadlines as well as to report on what my office has done the previous month. My staff and I have met with many of the local real estate offices to give them a tutorial on the impact of sales of property has on the exemptions available and property taxes in general. This effort has provided these realtors with accurate information to give to their prospective buyers and sellers. We now receive numerous inquiries from new property owners because of this cooperative effort with local Realtors.

In order to save taxpayer money, I have agreed to move the office back to the City of Evanston’s Civic Center after the Township lease is up at Dodge and Main in September 2013. This cooperative effort between the city and my office will save the Township Assessor’s office from spending money on rent, phone, utilities and computer technical support

Furthermore, I have completely eliminated any needless costs associated with legal proceedings against the Township as I have worked diligently to avoid any such issues that were associated with and defined my predecessor’s tenure.

With that said, it has been an honor to have served the residents and taxpayers and I would like to take this opportunity to thank them and all those who supported me while I ran for this office and while I worked diligently to make it into the high functioning, successful office that it is today. I am looking forward to spending more time with my children and grandchildren and in continuing my long-standing career as a Realtor serving the needs of families in this wonderful community.

I look forward to serving as Evanston Township Assessor for another year and continue to be an advocate for all of Evanston Taxpayers.