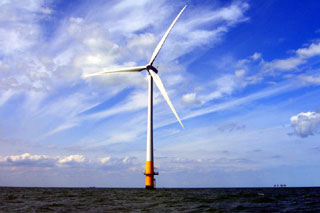 A climate action plan the City Council will be asked to adopt Monday suggests over 200 ways to cut greenhouse gas emissions — including building a wind farm off Evanston’s Lake Michigan shoreline.

The plan was developed over the course of a year by a group of over 130 local residents and city staff members.

It claims that if all its recommendations were implemented, the city and its residents could reduce their production of greenhouse gases by nearly twice the 13 percent target adopted by the City Council two years ago when it signed the U.S. Mayors Climate Protection Agreement.

But the plan says nearly a third of the projected improvements would be dependent on building the offshore wind farm.

The agreement, based on the international Kyoto Protocol rejected by the federal government, calls for reducing emissions by 2012 to 7 percent below what they were in 1990 as a way to reduce the impact of global warming.

The plan flags more than 70 of its suggestions as high priorities because they’re either cost-free or can be funded through grants or offer a high potential for emission reductions.

While the plan provides estimates of the amount of emissions to be avoided by some of its strategies, it doesn’t attempt to measure the costs of the projects.

Energy efficiency suggests include promoting the use of green roofs in new construction and requiring residential properties to undergo weatherization programs when they’re sold.