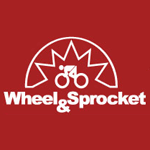 Wisconsin’s largest, and one of the country’s leading, bicycle retailers will open its first Illinois location early next year at 1027 Davis St. in Evanston.

The 39-year-old chain, owned by Chris Kegel, has 150 employees during the peak cycling season and has won national bike retailer of the year awards three times..

The store will be managed by Chris Mailing, owner of the Ten 27 Cycles, which is now holding a going-out-of-business sale at the site.

“Opening a store in Illinois is a new venture that is a good fit for both Wheel & Sprocket and Chris Mailing,” Kegel said in a news release.

Mailing said, “I am glad that Wheel and Sprocket is going to continue the long tradition of serving the cycling needs of Evanston and the cycling community of the greater Chicago area from 1027 Davis Street. I
am thrilled that so many of the staff from Ten 27 Cycles, including me, are able to be a part of this new shop.”

Ten 27 Cycles is scheduled to close by year end. Wheel & Sprocket will open the new operation later this winter.

Wheel & Sproket will continue to sponsor some of the activities, events and clubs that Ten 27 Cycles has sponsored in the past, including the store’s cycling club, the Northwestern University Triathlon Team, and the Illinois State Cycle-Cross Championships.