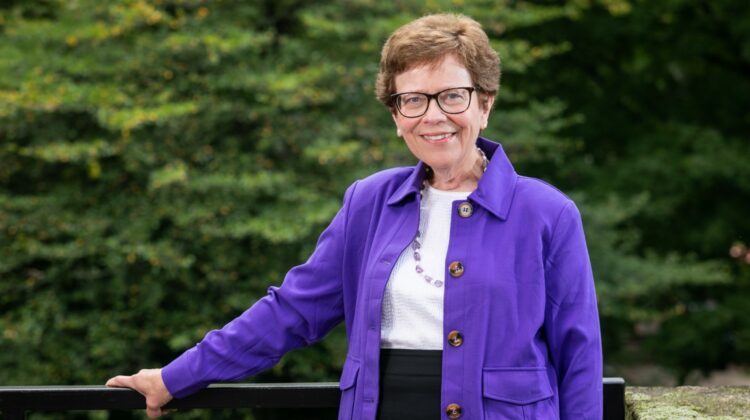 Rebecca M. Blank, chancellor of the University of Wisconsin-Madison, has been named the next president of Northwestern University, Northwestern’s Board of Trustees announced today.

She will become Northwestern’s 17th president, effective in the summer of 2022.

Blank is a researcher on poverty and the low-income labor market and has served as an economics expert in three presidential administrations.

Her appointment as Northwestern’s next president marks a return to the University, where decades ago she was a tenured faculty member in the economics department.

She will also be Northwestern’s first female president.

“I am honored and delighted to accept the job as Northwestern’s next president,” Blank said in a statement. “Northwestern is a school that I have known and admired for years. Its reputation as a top-rated educational and research institution has grown each decade. It will be my mission to make sure the institution’s reputation and quality continues to accelerate.”

Peter Barris, chair of the Presidential Search Committee and a vice chair of the Board of Trustees, said the committee “met with an incredibly competitive pool of candidates” and unanimously recommended Blank.

“I believe Chancellor Blank’s deep experience and talents will support our current needs and position us for a promising future,” Barris added.

Blank will succeed Morton Schapiro, who has served as Northwestern’s president since 2009, one of the longest presidential tenures in the University’s history.

“Becky is an experienced administrator and a highly accomplished scholar,” Schapiro said. “I look forward to watching her take Northwestern to ever greater heights.”

She is married to Hanns Kuttner, a senior fellow at the Hudson Institute, a Washington, D.C., think tank. They have one daughter, Emily, who graduated from Northwestern.