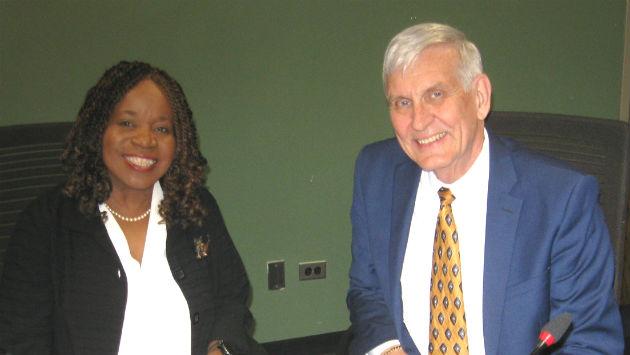 The action item was removed from the “consent agenda” and discussed separately, followed by a unanimous vote of those present (one member was absent), accompanied only by words of praise for the superintendent’s performance.

Witherspoon, 69, came to ETHS in 2006, Previously, he was superintendent of schools in Des Moines, Iowa.

The expiration date on his current contract was June 30, 2020, so the extension was for an additional two years. There was no discussion of salary or benefits, although the superintendent told Evanston Now Tuesday that his salary increase amounted to 3.75 percent, which is the same as the average negotiated salary/step increase of the teachers.

The superintendent’s current salary stands at $300,509 and is determined annually by the board, Witherspoon said.