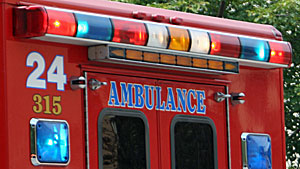 Update 8:46 p.m.: A woman who reportedly jumped into the North Shore Channel at Main Street about 10 this morning has died.

Evanston and Skokie fire crews searched for the woman aided, Evanston Division Chief Dwight Hohl says, by an eyewitness who was able to pinpoint where she went into the water.

The victim, a 24-year-old woman from Skokie, was pulled from the water, treated and transported to St. Francis Hospital in critical condition.

She later died at the hospital.

City Manager Wally Bobkiewiz says the victim apparently had been in the water for over 20 minutes when she was rescued.