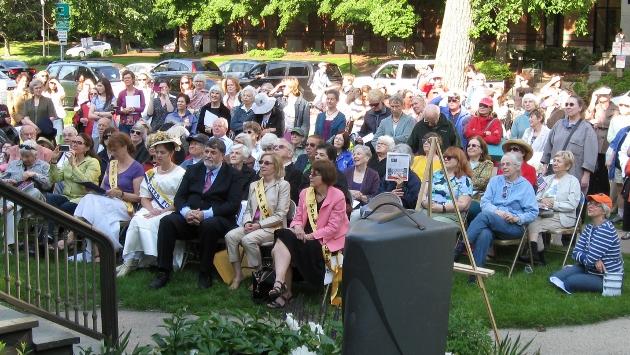 A rush-hour crowd gathered in front of Frances Willard’s Evanston home at 1730 Chicago Avenue Friday afternoon to celebrate the 100th anniversary of womens suffrage in Illinois.

The Illinois House of Representatives passed the bill authorizing women to vote on June 12, 1913. Two days later, a rally described as the “largest public demonstration in the history of Evanston” took place at Fountain Square, with an estimated 5,000 persons in attendance.

Because Frances Willard was a prominent leader in the suffrage movement, the League of Women Voters of Evanston chose her home as the site to replicate that rally on Friday. 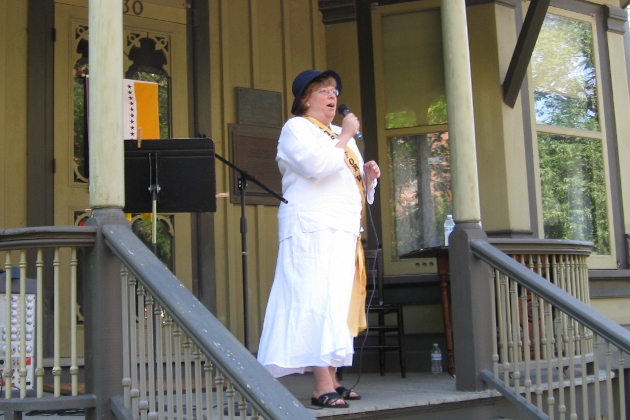 Casey Christensen of the League of Women Voters presided on the steps leading into the Frances Willard home on Chicago Avenue.

Presiding was Casey Christensen of the League, and the rally included music by the Ridgeville Band of Evanston, under the direction of Monty Adams. 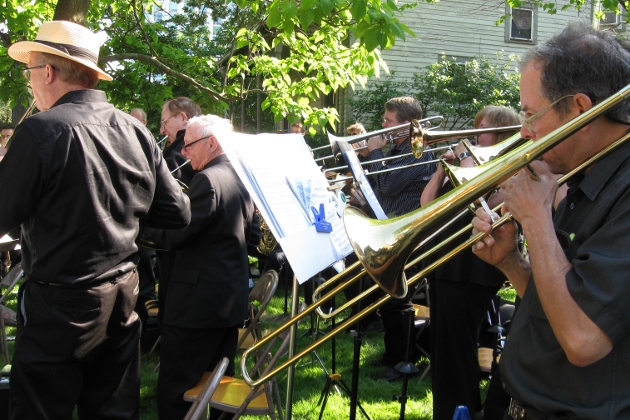 The featured speaker was local cultural historian Leslie Goddard, who dressed in period garb to portray Catherine Waugh McCulloch, who was elected Justice of Peace in Evanston, the first woman elected to that office in Illinois. 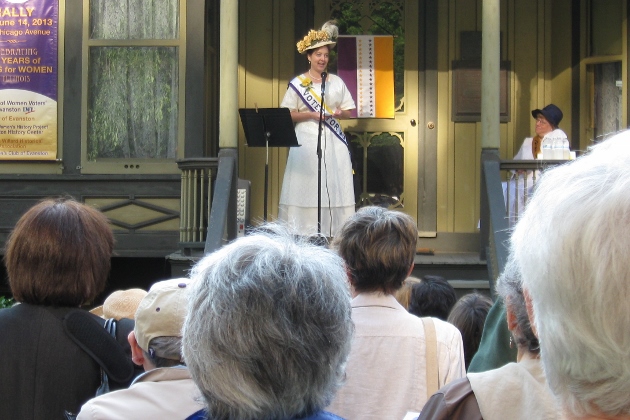 According to her biography in Wikipedia, McCulloch was instrumental in the passage of the suffrage legislation that made Illinois the first state east of the Mississippi River to give women the right to vote.

Goddard said that McCulloch, who lived at the corner of Noyes Street and Orrington Avenue, became legal adviser to the National American Woman Suffrage Association, which changed its name to the League of Women Voters upon passage of the 19th Amendment. 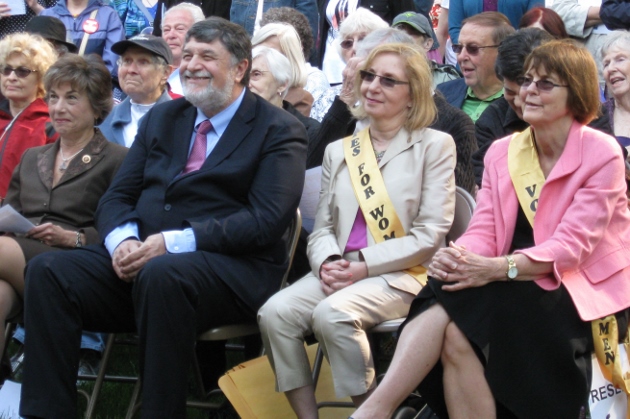 Among the local dignitaries at the rally were Evanston Mayor Elizabeth Tisdahl, who read a proclamation from the city designating June 14 as “One Hundred Years of Women Voting Day;” Larry Suffredin, Cook County Commissioner; State Rep. Robyn Gabel; and U.S. Rep. Jan Schakowsky.

The rally was co-sponsored by the City of Evanston, the Evanston Women’s History Project of the Evanston History Center, the Frances Willard Historical Assocation, the Woman’s Club of Evanston, and the YWCA Evanston/North Shore.