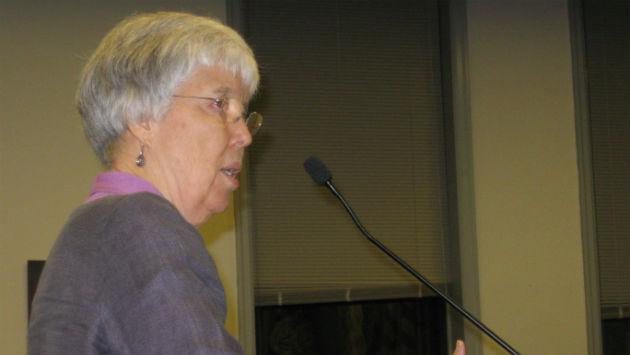 The heads of the two women’s groups that flank the property the city wants to sell adjacent to the downtown library presented an idea of their own to the Economic Development Committee of the Evanston City Council Wednesday night, if only the city or some wealthy philanthropist could pony up the cash.

The idea? A women’s history park,  honoring the Evanston women, such as Frances Willard, who played a prominent role for women’s rights in America.

And, oh yes, with parking underneath.

The suggestion was made by Louise Knight, president of the Frances Willard Historical Association, and was echoed by her counterpart at the other end of the lot, Chava Wu, president of the Woman’s Club of Evanston.

The two groups are headquartered at opposite ends of the block, adjacent to the 74-car parking lot at 1714-20 Chicago Ave., that the city plans to sell.

The committee gave its blessings to the staff’s recommendation to solicit bids for the property.

Alderman Judy Fiske, 1st Ward, told the two women that “if we had the money, I would love to have an underground parking lot with a women’s park on top, but we do not.”