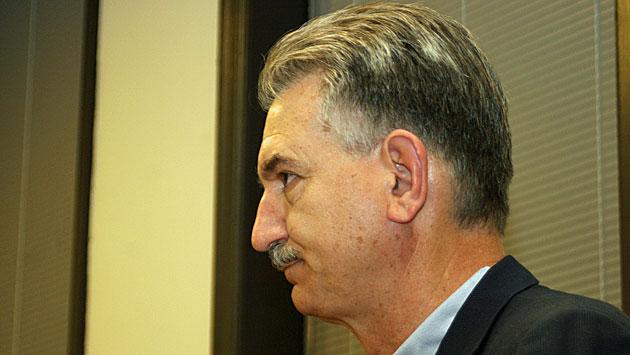 Evanston aldermen voted to take another look at plans for a World of Beer franchise downtown after owners of other bars complained that the new business wouldn’t meet standards set in the city’s liquor ordinance.

Evanston aldermen voted to take another look at plans for a World of Beer franchise downtown after owners of other bars complained that the new business wouldn’t meet standards set in the city’s liquor ordinance.

As part of the compromise that brought legal liquor sales to formerly dry Evanston four decades ago, establishments that serve liquor here are required to also offer food service.

But World of Beer doesn’t have a kitchen, and only offers patrons the opportunity to call out for food to be delivered from other restaurants.

Liquor Control Board member Dick Peach said he doesn’t personally object to having bars that don’t offer food service, but that owners of other restaurants are upset that they have to keep their kitchens open all the hours they serve liquor, but the new place wouldn’t have to do that.

Alderman Jane Grover said she agreed that World of Beer doesn’t meet the terms of the liquor ordinance. She said she’s not opposed to the business, but wants the liquor license to match the operation.

Ted Mavrakis, who’s proposing to operate the World of Beer outlet at 1601 Sherman Ave. in the Fountain Square building he owns, said the order-out for food concept is a model used across the chain.

It gives people a choice of different foods, Mavrakis added, although he noted that since he owns the Giordano’s pizza franchise a block away, he’ll be encouraging patrons to order from there.

But he predicted that the new bar would generate additional business for other restaurants in the neighborhood.

The other restaurant owners may not be thrilled with that concept, though, because profit margins tend to be much greater on liquor than on food sales.

Aldermen voted to introduce the liquor license for the World of Beer, but then refer the matter back to the Administration and Public Works Committee for further discussion.

The aldermen did approve new liquor licenses for Creperie Saint Germain, at 1512 Sherman Ave., and Todoroki, at 524-26 Davis St.