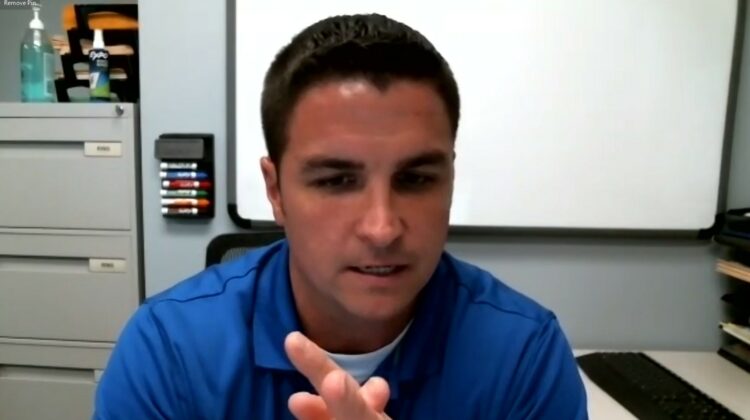 More than 100 southeast Evanston residents concerned about a rash of crime in their neighborhood learned at an online 3rd Ward meeting Tuesday night that police have arrested a suspect in the latest carjacking incidents.

Detective Tom Giese said the arrest came just before 2 a.m. Tuesday morning when an officer heard a victim yelling for help at 1245 Judson Ave., where a man was trying to take the victim’s car keys. Giese says the officer was able to take the suspect into custody.

That also led to the suspect being identified by victims of another carjacking attempt about 15 minutes earlier in the area of Lee Street and Michigan Avenue.

There, Giese said, the suspect, now identified as Rashawn D. McClary, 18, of 932 Judson Ave., had implied he had a weapon and unsuccessfully attempted to take a victim’s keys.

Giese said it’s not yet clear whether McClary was also involved in two other carjackings earlier this month in southeast Evanston, both of which happened around midday.

Tim Hogan, the victim in the first of this month’s carjackings, said he was sitting in his car in the driveway of his home at noon on a Sunday when the carjacker approached him.

“This is not just a nighttime thing,” Hogan said, “It’s opportunistic, people are coming at all hours. Typically it’s when someone is alone in their car, sitting with the car idling, and the robber recognizes a potential quick hit.”

Hogan suggested that if residents have a doorbell camera they should set it to have a full view of their yard and urged residents to keep their key fobs in a pocket, not on the dashboard.

Giese said that in Hogan’s case, because he’d left his cellphone in the car when he let the robber have it, police were able to quickly track the car to the south side of Chicago where they found it had been involved in a crash.

Regarding the continuing rash of thefts of catalytic converters — a particular problem in an area like southeast Evanston where many homes and apartments don’t have garages — Sgt. Chelsea Brown suggested that owners of Hondas and Toyota Prius vehicles — which have been heavily targeted by thieves — consider techniques to make the converters less appealing to scrap dealers.

She suggested spray painting the converters orange or engraving them with the car’s vehicle ID number.

Brown also suggested that owners consider having a mechanic install a metal cage around the converter, which would force thieves to spend more time trying to remove it, and likely send them looking for easier pickings elsewhere.

And she said good lighting around a house, cameras and an alarm system on the car could also be helpful.