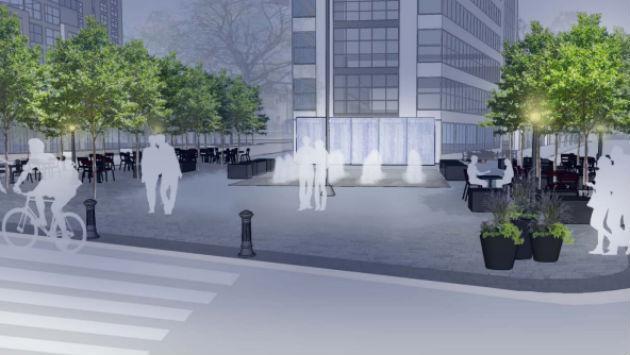 City officials are now projecting completion of the Fountain Square Renovation Project in downtown Evanston by the end of July.

Originally planned for completion by last December, the project has run into a number of complications, including a leak in the fountain’s plumbing system.

But that work, including fountain system testing, is on target for completion by the end of July, according to information released to the public Wednesday.

Work will also include installation of replacement glass panels at the memorial wall after the original glass was damaged during shipment. Replacement panels are expected to be delivered in early July.

Impacts to the surrounding roadways or the public’s use of the plaza spaces are not anticipated during the implementation of this work, the city said.