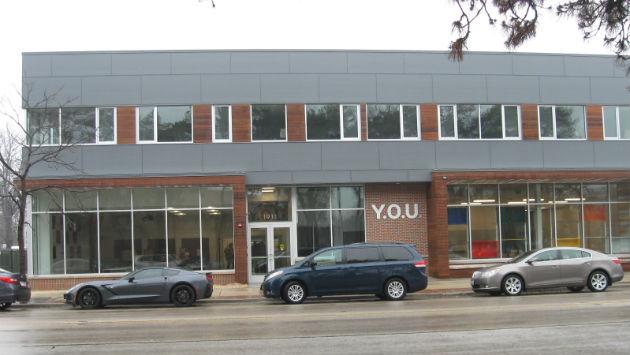 Spearheaded by a $2.5 million donation nearly two years ago, the new Evanston headquarters for Youth & Opportunity United (Y.O.U.) was opened to the public Monday with tours led by executive director Seth Green.

The facility, located across Church Street from Evanston Township High School, one of its eleven school partners, contains 12,000 square feet of space for the many after-school programs provided to the youth of Evanston and adjoining communities by the organization that was founded in 1971 by Don Baker, who was on hand for one of the tours.

The staff of 80 will be moving into its offices on the second floor of the facility by the end of January, Green said, while most of the programs move in during the month of February.

There is a bench with surrounding planters in the front that are named in honor of Baker.

The brick on the exterior matches that of ETHS, while the multi-hued Finnegan Family Lobby contains the school colors of Y.O.U.’s partner schools.

The building’s first-floor rest rooms are “gender-inclusive,” Green noted, as recognition of changing mores in a diverse community such as Evanston. 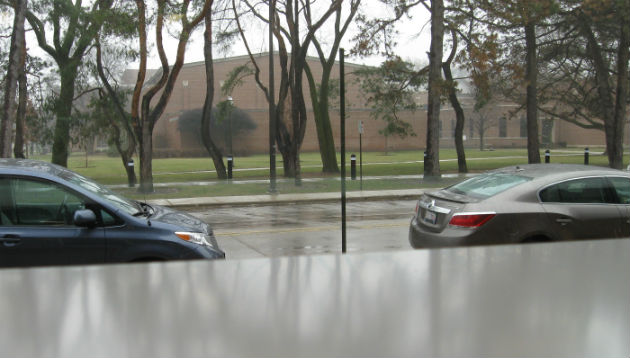 A view of ETHS across Church Street

The Lewis-Sebring Makerspace at the front of the building provides views of the high school across the street. The Makerspace is a critical element for training youth to prepare for the Science, Technology, Engineering, Art, and Math (STEAM) that provides opportunities for post-secondary and life success, Green told the group. 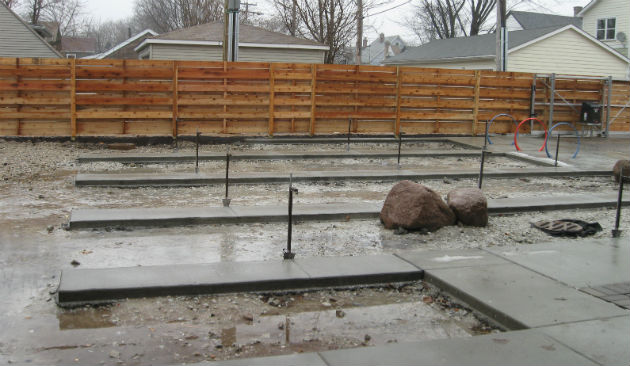 At the rear of the building is parking for the vans that transport the youngsters from the partner schools, alongside space for the building’s edible garden that will generate food to be cooked in the facility’s kitchen and sold in Evanston’s farmers markets. 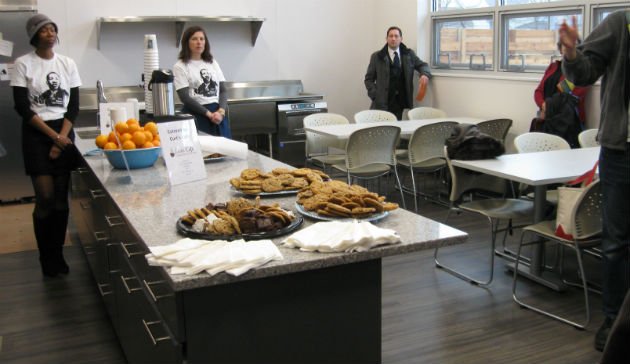 That kitchen, by the way, houses the organization’s culinary therapy program, called The Chew, which aids the development of social and emotional skills while helping to develop culinary skills. It is also a focal point for the many celebrations that take place in the building’s Gathering Space at the front of the facility.

Also within the building’s walls is the Sue and Steve Wilson Counseling Center that will deliver thousands of hours a year of mental health counseling through individual, family, and group therapy sessions. 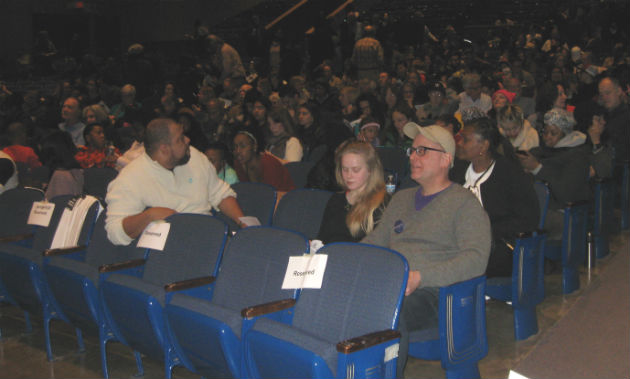 Meanwhile, across the street in the ETHS Auditorium, the organization produced its annual Diverse Communities United program, featuring presentations by several of the Y.O.U. partner schools, focused around the theme, Defiance with Purpose, in honor of Dr. Martin Luther King, Jr.

As one participant verbalized the theme: “Don’t be afraid to go against the crowd when you know it is the right thing to do.”

During the program, Green presented the Diverse Communities United Award to Evanston Township High School for its commitment to racial equity that Green said “has become a role model for institutions across our country and is a powerful example of purposive leadership on behalf of equity.”

Most of the ETHS District 202 Board of Education, as well as key staff members led by Superintendent Eric Witherspoon, were on hand to accept the award.

Y.O.U. gets $2.5 million for new headquarters