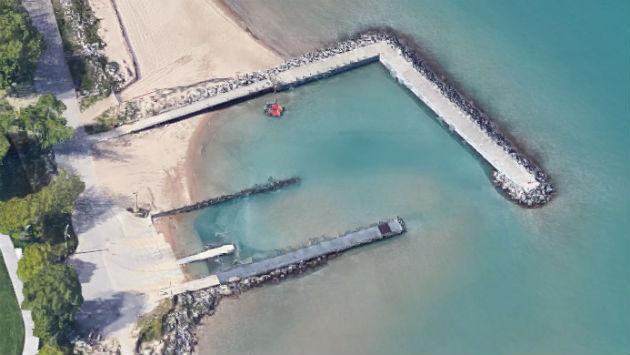 The aldermen voted to defer a $600,000 project to repaint the Emerson-Ridge-Green Bay Union Pacific viaduct, $450,000 in repairs at the city’s service center, $275,000 in renovations to the Lovelace Park tennis courts and a $50,000 study to determine what improvements need to be made at the city’s animal shelter.

Alderman Melissa Wynne, 3rd Ward, said the viaduct “looks hideous” now, but went along with the decision to postpone the work there.

The viaduct is owned by the railroad, but it has disclaimed any responsibility for maintaining its appearance.

Aldermen initially debated postponing $900,000 in planned repairs to the Church Street boat ramp but decided to move ahead with that project.

Lara Biggs of the city’s Public Works Agency said the south pier wall at the boat ramp is falling apart and lets sand come into the harbor — which adds to the cost of annual dredging work to keep the boat ramp open.

That doesn’t fully cover the cost of the ramp, Hemingway indicated. But he said it’s also used for the city’s rescue boats, other lakefront activities and aquatics camps — so it’s essential to the city’s lakefront operation.

“It’s like not fixing a roof when the roof is leaking,” she added.

The city is currently conducting a public survey to gauge the popularity of dozens of city programs as it prepares for potential budget cuts next year.

During public comment Monday, aldermen heard from several people who spoke in favor of maintaining the city’s counseling programs for youths and young adults and the summer youth jobs program.

As the meeting drew to a close, Alderman Peter Braithwaite, 2nd Ward, said those programs traditionally support people who are underserved in the community.

“We know we’re not going to get rid of those programs,” Braithwaite said, adding that he didn’t want the community to have anxiety about their future.

Alderman Don Wilson, 4th Ward, said he agreed with Braithwaite’s observations, but said the the survey has getten a lot of people talking about what their priorities are, which is important for carrying out the city’s priority-based budgeting process.