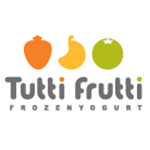 The frozen yogurt shop in the Sherman Plaza development in downtown Evanston will reopen later this month with a new name and new owner.

The storefront at 809 Davis that until earlier this year was a Red Mango franchise will reopen as a Tutti Frutti franchise instead.

But Protein Bar, which was announced last summer as a new tenant for the Sherman Plaza space at 1622 Sherman Ave. vacated by Lululemon Athletica won't be arriving in Evanston after all.

A city official says the restaurant failed to reach agreement with Lululemon on terms of a sublease for the space.