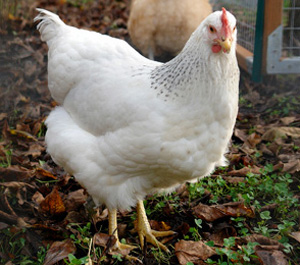 Fans of raising chickens in Evanston plan a meeting next week with city officials to start drafting an ordinance that would lift Evanston’s ban on the critters.

Organizers say they expect Carl Caneva of the city’s Health and Human Services Department to explain some of the issues involved in lifting the ban, which was imposed in 1974.

Staff members from the the city’s zoning division and the police department’s animal control unit are also expected to attend.

Committee organizer Ellen King says, “with city staff help, we will develop an action plan for writing an ordinance that will be acceptable to the city and to residents.”

Caneva says he has checked with health officials in nearby communities and found that Arlington Heights, Hoffman Estates, Northbrook and Oak Park permit chickens while Buffalo Grove, Niles, Palatine, Park Ridge, Schaumburg, Skokie and Wheeling do not.

Madison, Wis., recently repealed its ban on chickens, and a documentary film on the chicken debate there was shown last month at the Evanston Public Library.

Chickens may cackle at council

(Photo above from Wikimedia.)