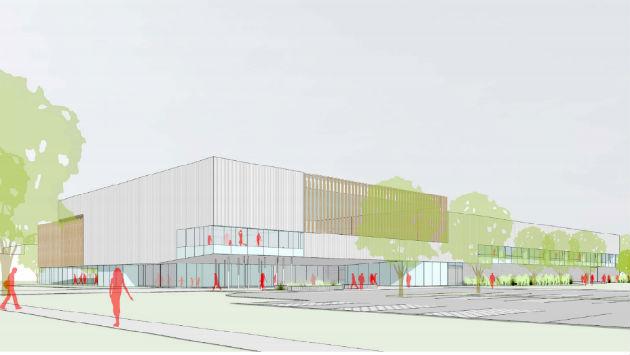 Updated cost estimates for the proposed new Robert Crown Community Center suggest the average Evanston homeowner could end up paying as much as $3,655 for the building in increased property taxes over the next quarter century.

In a memo to aldermen prepared for Monday’s City Council meeting, Assistant City Manager Erika Storlie says that the estimated cost of the project has increased from a range of between $40 million and $46 million projected last September to a new total of $48.5 million, based on final design documents and information gained in the process of requesting proposals from potential construction management firms.

The Friends of the Robert Crown Center has so far raised $11.1 million in cash and pledges to help fund the project, but only $2.4 million is in cash, with the remaining $8.7 million in pledges to be received between now and 2023.

Storlie says that given the current construction schedule for the project, the city and library need to issue $23.75 million of 25-year bonds this year and an additional $12.25 million in short-term bonds in 2019, which would require interest-only payments for the first five years..

Depending on how much is ultimately received in private support, the remaining short-term bonds would later be refinanced as long-term bonds. In additition to the money raised so far, the Friends group is hoping to raise an additional $3.9 million by the time the fundraising effort is completed.

Storlie says the first bond issue would increase property taxes by about $25 per $100,000 of property value, with the second bond issue adding another $16.

With the median Evanston owner-occupied home valued at $356,600, that means that the owner of that home could end up paying $3,655 for the Crown project over the next quarter century, assuming the short-term bonds have to be fully refinanced as a 20-year bond issue.

The amount could be somewhat less if the private fundraising is more successful, more if project costs continue to rise.

The memo asks aldermen to “provide directions on next steps” for the Crown Center project.