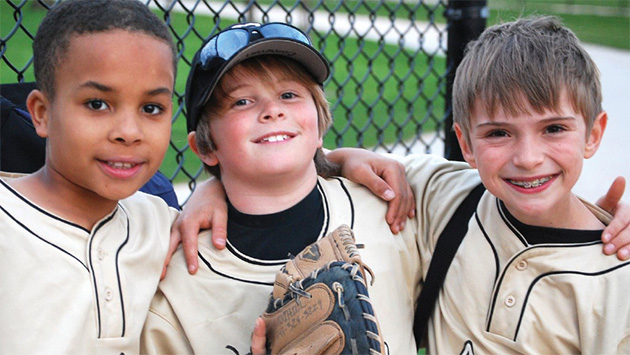 The Evanston Baseball and Softball Association is celebrating its 60th anniversary, and signing up youngsters for a new season.

EBSA President Steve Brown says the group is the largest and oldest non-profit youth sports group in town, annually serving over 1,400 boys and girls agest 5 to 14.

"We are very proud of being able to continue to provide the opportunity to learn and play baseball and softball to generations of boys and girls in Evanston," Brown said in a news release. "We now have grandparents who played in our organization watching their grandkids play. That says a lot about the quality and legacy of our organization and all the people throughout the years who have volunteered."

EBSA is entirely run by volunteers and operates spring, summer, and fall leagues as well as travel baseball and softball teams with a total of over 160 teams playing over 1,350 games each year.

EBSA maintains as a core value the policy that every child plays regardless of their ability to pay. Each year the league provides over $25,000 in scholarships, says Greg Clarke, vice-president of sponsorship and communication.

This year, in celebration of its 60th year, EBSA is asking families who can support the league to do so through its “$60 for 60” campaign on its online registration form.

"It is important as a community-based, volunteer organization that every child who wants to play has the opportunity to play and that we have the resources to provide the most opportunity for the community,” Clarke added.

Registration for the 2013 baseball and softball season is now open on the EBSA website.