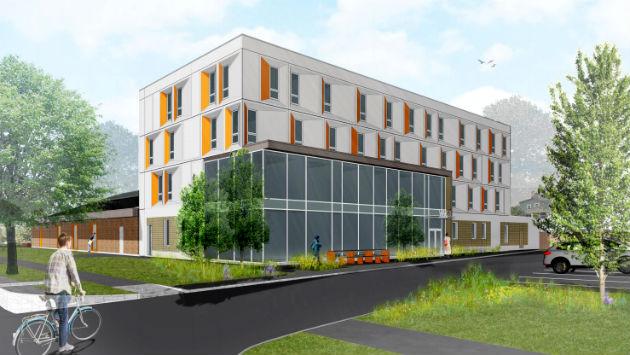 Plans from the YWCA Evanston North Shore to demolish two homes on its Ridge Avenue property and construct a new shelter and office addition go before another city panel this week.

The group’s plan to demolish a home at 1215 Ridge Ave. in the Ridge Historic District that has served as the YWCA’s domestic violence shelter for the past half century won approval last week from the Preservation Commission on a 5-2 vote.

This week the demolition and new construction plans are scheduled for review by the Design and Project Review Committee at 2:30 p.m. on Wednesday.

At the Preservation Commission session, Mary McWilliams of 1606 Wesely Ave., a long-time preservation activist, said it would be “a travesty” to demolish the historic house

Elizabeth Rack, whose home at 1719 Asbury backs up to the YWCA property, said she was concerned about the impact of noise from the expanded building.

Tom Rowland, whose home at 1735 Asbury is just north of the YWCA site, said he believed all the noise from the four-story new shelter building  would project toward the homes facing Asbury.

But Alderman Peter Braithwaite, whose 2nd Ward includes both the YWCA property and the homes facing Asbury, praised the YWCA’s work with domestic violence victims.

He said he had toured the existing shelter building, which was used as a nursing home before it was acquired by the YWCA a half century ago, and found it to be “a very dark place” that’s not very accessible for people with special needs and has “caged windows” to protect the shelter residents.

“I don’t think there’s a thing you’d want to preserve there,” he added.

The second house scheduled for demolition as part of the YWCA project, at 1730 Ridge Ave., is not within the historic district and so wasn’t subject to binding Preservation Commission review.

The YWCA plans are expected to go before the Plan Commission for review on Aug. 7 and could reach the City Council for a final decision in September.