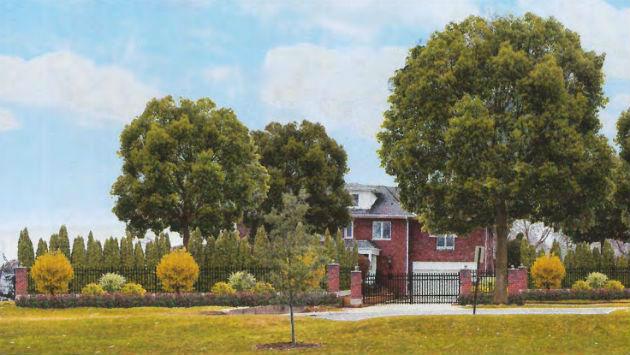 Evanston’s Zoning Board of Appeals voted Tuesday night to let Cub’s pitcher Yu Darvish build a fence along his front property line — but only one about half as tall as what he’d asked for.

Darvish had asked for a six-foot-tall wrought iron fence with brick posts to surround his property, which includes two lots, at 90 and 92 Kedzie St.

More like this: Some of the existing fences along Sheridan Road between Kedzie and Main streets. (Google Maps)

The city’s zoning administrator, Scott Mangum, says the ZBA members took a cue from fences nearby, on the west side of Sheridan Road between Kedzie and Main streets.

Mangum had denied the request for Darvish’s fence variation, which led to the appeal to the ZBA.

Some of Davish’s immediate neighbors, on the block of Sheridan Road between Kedzie and Keeney streets, had objected to the proposed fence.

Those neighbors, who don’t have front yard fences of their own, said a fence would block views of the lake and create a walled compound appearance that’s not compatible with the spirit of Evanston.

City zoning regulations permit a fence up to six feet tall in back and side yards, as long as it is kept at least three feet behind the front facade of the home.

The city doesn’t regulate the height of bushes, so Darvish should still be able to block views of the front of his home with plantings, if he chooses.

Davish had argued that he needed the tall fence to provide security for himself and his family.