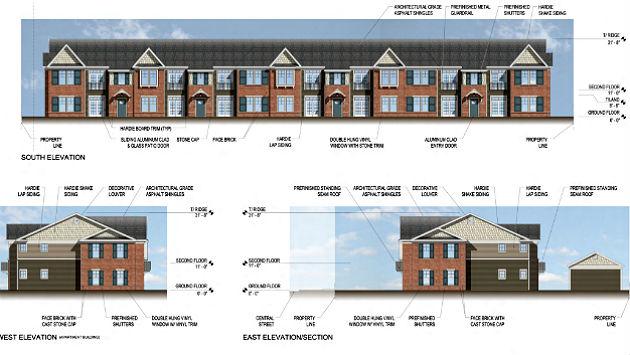 Plans for 14 two-bedroom apartments at 3233-3249 Central St. are scheduled to be reviewed by Evanston’s Zoning Board of Appeals Tuesday evening.

The proposed Highlands on Central development would replace nine 60-year-old row houses on the site that average about 750 square feet in size with new units averaging about 1,150 square feet each. 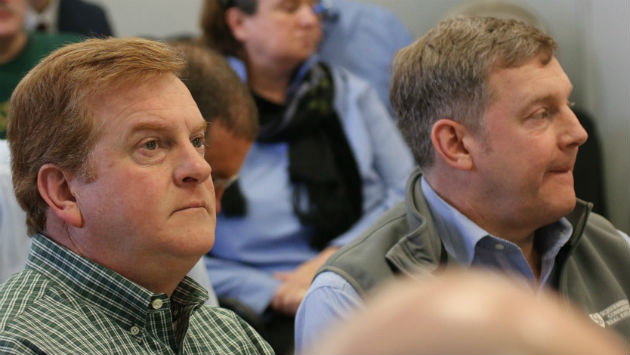 Developers Dan and Bill Schermerhorn told the Design and Project Review Committee earlier this month that all of the units would be Americans with Disabilities Act adaptable.

The first floor units would be wheelchair accessible. All the units would have the proper clearances to accommodate a wheelchair within the unit, but the development would not include elevators to make the second floor units fully accessible for persons who can’t negotiate stairs.

The developers have proposed making the $75,000 contribution required for developments outside a transit-oriented area to the city’s affordable housing fund in lieu of including an affordable unit on site.

Scott Mangum of the city’s community development staff suggested that because the development requires a zoning variance to include 14 units, the developer should consider providing an affordable unit on site instead as a way of increasing the public benefit to justify the variance.

But Dan Schermerhorn noted that the accessible design components are adding $140,000 to the project cost and the planned environmentally-friendly deconstruction of the existing building by the Evanston Rebuilding Workforce will cost $60,000 more than conventional demolition techiques.

He added that a rebuilding program trainee to be hired for the project will cost an estimated $60,000 to $70,000 and planned improvements to a crosswalk and bus stop will add nearly $23,000 to the project cost.

Despite that, the DAPR committee voted to recommend that the ZBA condition approval of the project on providing an on-site affordable unit

The development is planned to have garage parking for 16 cars and an additional five open parking spaces. Schermerhorn said the units are expected to rent for about $2,500 a month.