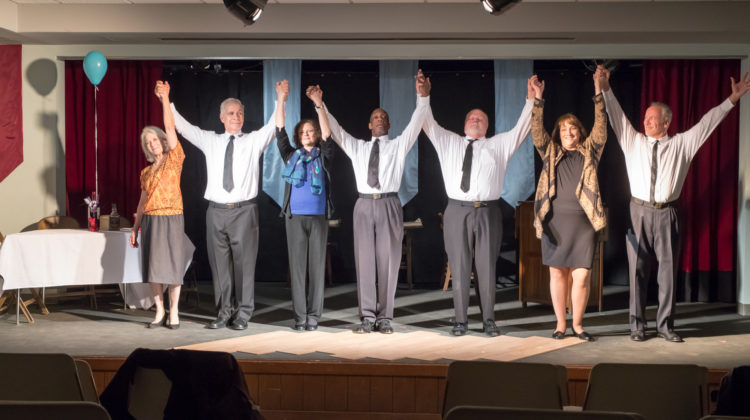 The Evanston 2nd Act Players will be holding auditions Saturday, Aug. 12 to fill six roles in its fall world premiere of the two-act play Moving Boxes and wants to encourage high school-aged female actors to apply for the role of Julia in the play.

“Our mission is to showcase new talent and we routinely have cast members ranging in age from 16 to 60+ as part of that mission. This fall, we’ll be at it again with our newest play, Moving Boxes, says 2nd Act Players’ founder John N. Frank. The play will be performed for three weekends in November starting Nov. 4. Rehearsals start on Sept. 11.

The play, which Frank co-wrote with his daughter Jenny Frank, focuses on three generations of the CasaFranc family in the days and weeks shortly after the tragedy of 9/11.

With her city reeling, Faye moves from New York City to the Chicago area to be near her only son Frankie. Frankie long ago had moved away to escape the shadow of his domineering mother but feels it is time they try to reconnect. At the same time, his daughter Julia discovers the grandmother she hardly knew, all while Faye hides a troubling secret from the family. Other roles include Sarah, Frankie’s girlfriend; Dr. Smith who cares for Faye; and Jim, an elderly neighbor who befriends Faye.

“The Julia role is very central to our story of the trials and tribulations families face and how they discover the meaning of family,” explains Frank, who will direct the play this November at the 2nd Act Players’ theater at Northminster Church in Evanston.