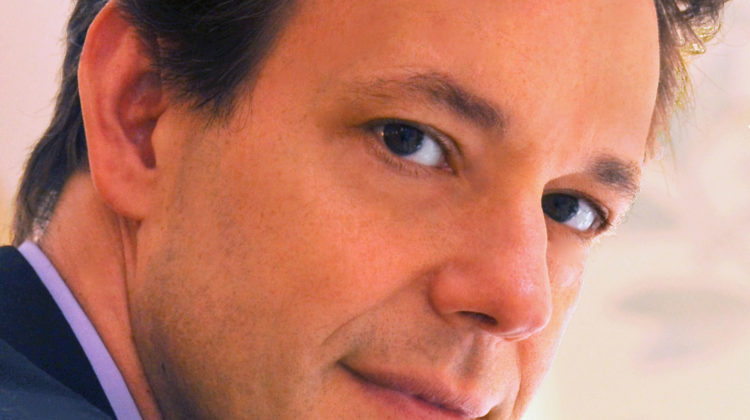 The prolific, award-winning composer’s operas have been produced on five continents.

His operas include “Moby-Dick,” “Great Scott,” “Three Decembers,” “To Hell and Back,” “Out of Darkness,” “At the Statue of Venus,” “The Radio Hour: A Choral Opera” and “Dead Man Walking.”

The composer will return to Northwestern in June to deliver the Bienen School of Music commencement address.

Tickets are $10 for the general public and $5 for students with a valid ID. Tickets are available at concertsatbienen.org, by phone at 847-467-4000 or by visiting the Pick-Staiger Concert Hall box office at 50 Arts Circle Drive on the Evanston campus.

Heggie’s latest opera, “It’s a Wonderful Life,” based on the classic Frank Capra movie and written with librettist Gene Scheer, premiered at Houston Grand Opera during the 2016 holiday season. He is currently working on a new opera, based on the Faustian story by Julian Green “If I Were You,” which is set to premiere at the Merola Opera Program in summer of 2019.

Heggie has composed nearly 300 art songs as well as concerti, chamber music and choral and orchestral works, including the “Ahab Symphony.”

A Guggenheim Fellow and recipient of the Eddie Medora King Prize from Butler School of Music at University of Texas at Austin, Heggie is a frequent guest artist and master teacher at universities, conservatories and festivals throughout North America. He was the keynote speaker for the 2016 meeting of the National Association of Schools of Music in Dallas.

The Bienen School of Music is a member of the Northwestern Arts Circle, which brings together film, humanities, literary arts, music, theater, dance and visual arts.