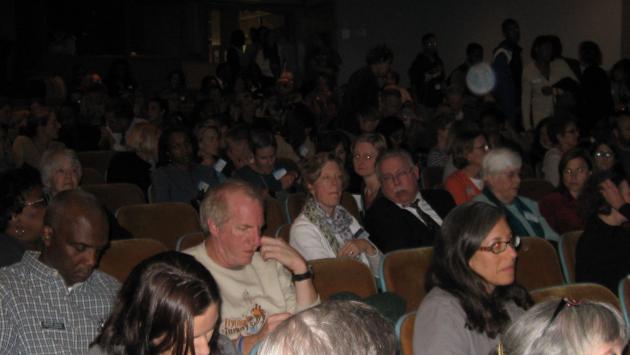 It’s not official yet, but it appears that a three-year federal grant in the amount of $500,000 is headed to a group of youth-oriented organizations in Evanston to finance projects to deal with violence involving young people.

Rep. Jan Schakowsky, who represents Evanston in the U.S. House of Representatives, and Seth Green, executive director of the Youth Organizations Umbrella (YOU), made the tentative announcement at a special “public conversation” at the McGaw YMCA’s Children’s Center Auditorium Monday night.

About 200 persons filled the auditorium for the event, co-sponsored by the YMCA, YWCA Evanston/North Shore, YOU, the James B. Moran Center for Youth Advocacy, the Youth Job Center of Evanston, and Family Focus. 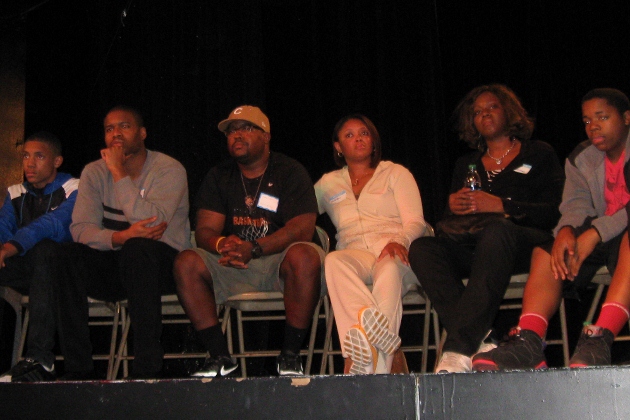 Panel of Evanston youth and adults mull the impact of the Dajae Coleman murder.

The panel, as well as members of the audience, expressed their feelings about the impact the shooting has had on their lives and productive ways that the community can work together to lessen the atmosphere of violence surrounding Evanston’s youth in the future.

But many of the programs suggested would require substantial funds for such activities as mentoring and job training.

As a member of the audience who identified himself as an Evanston business owner expressed it: “Just as the city looks at its roads and sewers—its infrastructure—so should we regard our young people as an important element of the infrastructure of our community.” 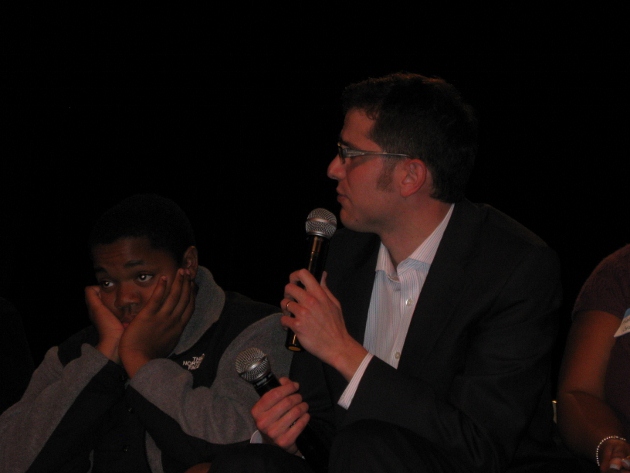 YOU Executive Director Seth Green, who moderated the discussion, said after the meeting that YOU had applied for the federal grant, from the Department of Housing and Human Services, as the lead agency on behalf of several groups who provide services to the youth of Evanston.

He said one of the primary objects of the grant would be youths aged 19 and above, many of whom are high school dropouts, who live in the community but have moved up from Chicago where they have not been recipients of services from the local school districts.

Green urged his audience to participate in Mayor Elizabeth Tisdahl’s community meeting on anti-violence initiatives Tuesday, from 7 p.m. to 9 p.m., at the Fleetwood-Jourdain Center located at 1655 Foster St.