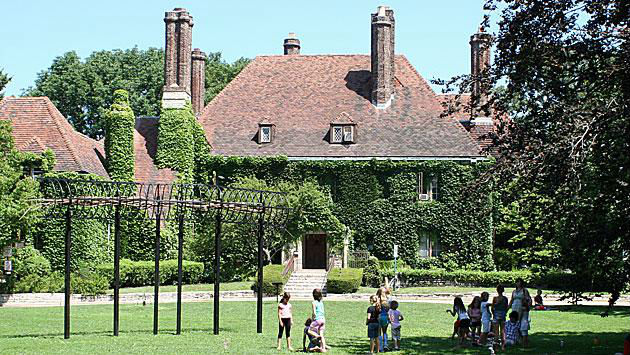 Here's a recap of our live coverage of tonight's Evanston City Council meeting. Top item on the agenda tonight is what to do with the city-owned Harley Clarke mansion on the lakefront.

A packet with information on tonight's agenda items is available online. The meeting was scheduled to start about 7:30 p.m.

City receives the Government Finance Officers Association distinguished budget award for 2015. City has been getting this award every year for over two decades now. Only 81 of more than 1,000 cities and villages in Illinois receive the award. Award presented by Bill Stafford, retiring ETHS finance director (and former city finance director). 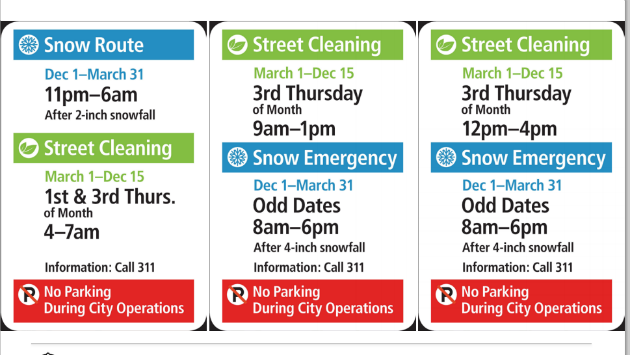 Presentation from Johanna Leonard on the existing signage, surveys regarding changes and new proposals. Says 63 percent of respondents to the survey said they park on the street.

Largest number of people said they had trouble understanding the parking schedule.

Plan to shorten the "no parking" time windows.

Plan to have street cleaning start March 1 and run through Dec. 15. (People didn't want it to extend through the Christmas holiday period — because they might be going out of town.)

Says hopes to have signs installed over the winter so the revised schedule can go into effect on March 1.

Alderman Ann Rainey, 8th Ward, says she wants a discussion of any change in street cleaning schedule. Proposal would switch schedule for for streets now cleaned every three weeks to being cleaned once a month.

Alderman Judy Fiske, 1st Ward, says not happy with the "no parking during city operations" phrasing. Says people won't understand that when the street sweeper goes by once that doesn't mean they can't park there.

Says will have separate conversation about the policy. Then approve the sign contract. So council will have two more chances to vote on it.

Lots of speakers. Each gets 2.25 minutes.

Herb Harms says mansion should never have been built there and should be demolished now. Says lakefront land shouldn't have been privatized. 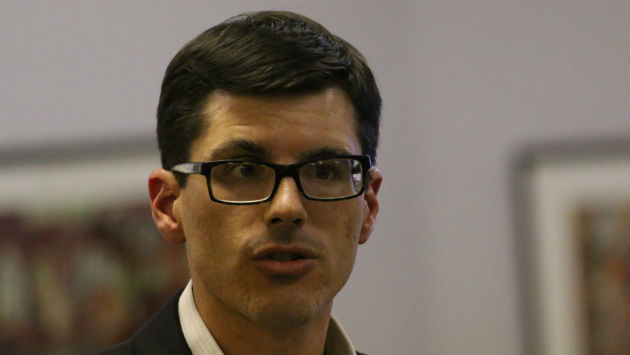 Barbara Janes of No Park Sale says council should take sale to private entity off the table and should not have any rezoning .. no restaurant or cafe…and any use must conform to the lakefront master plan. If can't find a non-profit, should demolish the building.

Carliss Sutton says he opposes taking parks and green space from the community.

Representative of Landmarks Illinois says both proposed resolutions are too limited to assure the successful reuse. Says should give equal opporutnity to a for-profit entity that can use historic tax credits are putting unrealistic expectations on a non profit to raise money. Says can assure public asses in an agreement with a public entity. Also that would be the only one that would provide future tax revenue for the city.

Alderman Don Wilson, 4th Ward, moves that direct city manager to include $590K in capital improvement funds to make improvements to the mansion so it can be used for city programs.

Alderman Brian Miller, 9th Ward, says his resolution would have reached some compromise. Says "getting to yes" means not anybody on council will get everything they want. But need to think about 2nd best option. To move forward have to resolve the Harley Clarke issue. Says Wilson's proposal is probably the best resolution.

Alderman Jane Grover, 7th Ward, says she kind of liked Miller's proposal. Says the two year lease could have been accomplished with five votes. Would have let city test the water. Says she does like the Lakehouse proposal. Says heard a lot of good ideas from residents speaking tonight — including partnerships.

Says concerned about not giving a non-profit enough time to raise the money needed.

Grover says $590K — where would it fit into the city's capital improvement program priorities. Trying to be methodical, she says. What types of programming would the city operate? Are there programs there's a demand for that the city hasn't been able to provide? Would the city be looking for an endowment to cover maintenance.

Says have lighthouse beach facility — 34K people there during beach season. The facility itself is inadequate for the demand. tt's on the capital improvement program list for 2018.

But should think about using the Harley Clarke mansion as a better beach facility? Or possibly other options.

Says not all constituents are in the room — have heard a variety of opinions — including protection of taxpayer funds and assets. Says not sure spending $590K to run yet-to-be-specified programs

Says she can't support at this point spending the $590K without understanding what the programs would be and the long-term costs.

Alderman Melissa Wynne, 3rd Ward, says she supports Wilson's motion. Think have left that possiblity out in previous discussions. Says it would let the city keep control of the property. Says doesn't take any energy away from donors that might contribute to Robert Crown or other city projects.

Says a handful are willing to tear the mansion down now, but most of use are not anywhere near that.

Says parks department can develop programs for the mansion — educational programs regarding the lakefront.

Alderman Judy Fiske, 1st Ward, says her priority is to make sure everybody in Evanston can come to the beach and feels welcome. Says that can be best accomplished through city ownership. Says could either tear down the building and restore the parkland. If there wasn't a house there, nobody would be asking to have it. But since it's there, should be educational programs that could be run from it.

Says not-for-profits are very difficult to sustain — hopes all the Lakehouse group members will still be involved.

Wilson the heat bill and staffing costs would be extra.

Says could provide opportunity for smaller-scale options for use — an art class or other things that could be run by other entities than the city.

Alderman Peter Braithwaite, 2nd Ward, says a month ago heard from mental health board about needs of the needy in town.

Says tonight will get report from actuaries that will have to raise taxes to cover pension costs.

Says it's difficult to see where will pull any amount from the budget to provide support for harley clarke in this budgt year. Says he supports the proposal outlined by Steve Hagerty. Says should look at all the options before making a decision.

Alderman Mark Tendam, 6th Ward, says commercial activity is the only sustainable thing to do. Says in a perfect world the land would always have stayed in the park system. Says need to look at the whole area. Says could support Wilson's motion if had more information. Says haven't heard from city manager or parks and recreation department.

Wilson says, it's like a closet — if you have an extra one you can find something to put in it.

Says city has come a really long way in improving its facilities over the past six years. Want to have the building available or everybody in the community.

Alderman Ann Rainey, 8th Ward, says this should be considered a reference — some of us have not been advised this was going to be brought up. This might be worth considering, but if it's going to be voted on tonight will vote no. Says can do anything if you're willing to spend the money. Want's to hear from staff that have the resources.

If staff supports it, we'll all be in, Rainey says.

Tendam says he agrees with Rainey, should refer the idea to staff and get more information about the idea.

Grover agrees — she wants more detail about costs and programs and what would be the role of other entities that have expressed an interest in running other programs from the building.

Mayor Tisdahl says $500K now is a lot of money. But in January if Rauner cuts $3.75 million — then it's going to look like a much harder amount of money to come up with.

Fiske moves to hold. Wynne seconds the hold. So issue will come up again at the City Council meeting on Oct. 26.

Rainey — Says lease has been signed for the Dairy Queen on Howard.