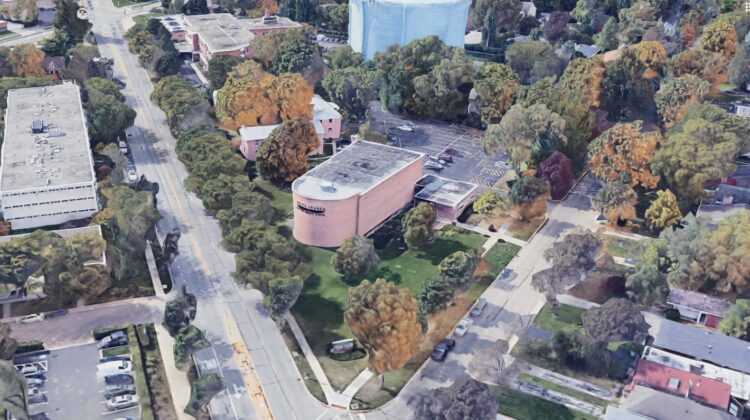 The Kensington School childcare chain now hopes to build an Evanston location on the site of Unity Church at 3434 Central St. in northwest Evanston.

Kensington’s previous plans to build on the site of the Second Church of Christ, Scientist, at 2715 Hurd Ave. were thwarted by opposition from neighbors.

Kensington owner Chuck Marlas appeared before the city’s Design and Project Review Committee on Wednesday for a concept review of its plans.

He presented three options for siting a rectangular, 20,000 square foot, two-story day care center on the property. They varied primarily in whether the building would be oriented to face Central Street or Gross Point Road, which crosses Central at a diagonal angle, giving the site a wedge-shaped layout.

The only neighbor to speak at the meeting, Bruce Baumberger, who lives at 3513 Central, said a lot of things about the school would be attractive to the neighborhood.

Among other factors, he said, not having anything happening at the site on weekends and evenings “is very attractive.”

But he suggested that instead of having access to parking for an apartment development south of the site run through the daycare parking lot, similar to how it runs through the church parking lot now, that it would be better to create a new driveway to the apartments off Gross Point Road.

And he suggested the developer should meet with neighborhoods to learn more about their concerns.

Because the plans are still only at the concept review stage, the DAPR committee took no action on the proposal.

The project ultimately will require special use and planned development approval from the City Council.

Kensington currently has 14 locations in the north, northwest and western suburbs.