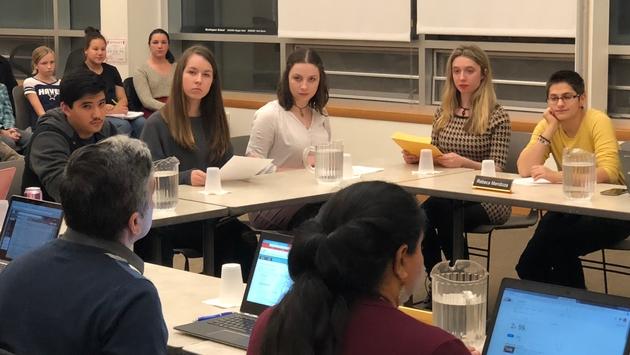 Some Haven Middle School and Evanston Township High School students urged District 65 board members to Monday night to update what they call an antiquated dress code.

The student’s main concerns center around the rule prohibiting skirts and dresses that are less than fingertip length (length of a straight arm extended on the leg),  and a rule about showing undergarments, including bra straps.

Louise Bond, a member of ETHS Women’s Empowerment Club, said the rules are overly restrictive and cannot be enforced without body shaming the person considered out of compliance. 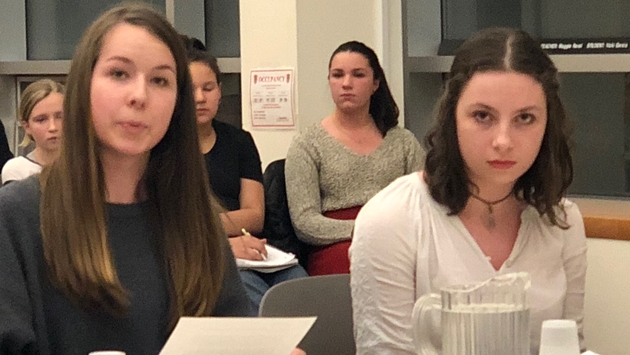 The students say it is difficult to enforce the dress code fairly with different body shapes and sizes. Bond adds that families with limited income are unfairly burdened as they may have to buy new clothes just to comply with these rules. “We don’t need another source of inequality when it comes to race, gender and class.” Bond said.

The full code is outlined in District 65’s student handbook. ​

Students who are dress-coded by teachers have to change into gym gear, which they say is embarrassing and wastes time which would be better spent in class.

They also argue that the idea of having a teacher look them over with such a critical eye is demeaning and humiliating and should be unacceptable in this day and age. 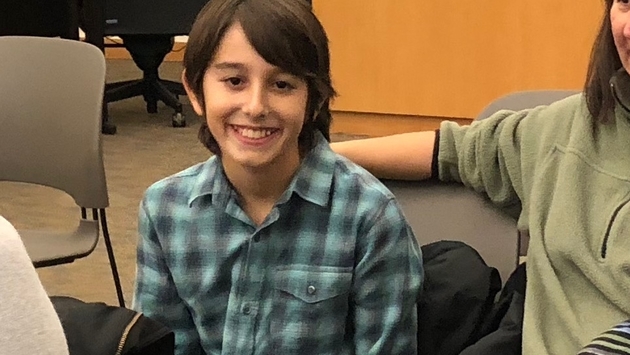 Two male students spoke out as well.  Haven 7th grader Ben Schwab and ETHS student Edgar Marcs said the idea that boys maybe distracted by girls wearing revealing clothes sends the wrong message and fuels the misconception that girls are to be blamed when they are objectified because of how they dress and look. 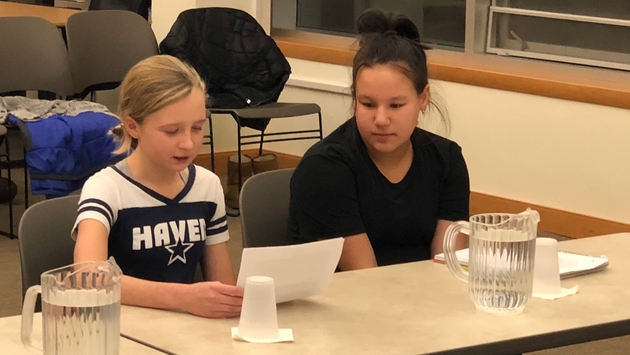 Lauren Jennings in her school-branded attire.

Haven student Lauren Jennings explained to board members that the outfit she wore to the meeting would be out of compliance since you can see the straps of her sports bra.  She says getting ready for school is made more complicated and stressful than it should be, thanks to the dress code.

The students came armed with petitions. They say they have more than 700 signatures in support of changing the dress code.

They are suggesting the District simply copy the rules that are in place at ETHS, which they say fosters a sense of personal responsibility while at the same time allowing more room for individuality.

Board members were unanimously impressed. They asked the students to return for the full board meeting when a draft of a new dress code will be introduced. The date for that has not been set, although superintendent Paul Goren said they will aim for February.  They pledged to take into account the student’s comments and concerns.