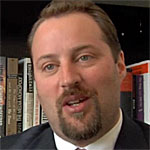 Their project, “Assault on Learning,” was a seven-part series that explored widespread and under-reported violence in the city’s schools.

According to the Pulitzer website, the Inquirer team was recognized for “using powerful print narratives and videos to illuminate crimes committed by children against children and to stir reforms to improve safety for teachers and students.”

Sullivan, who joined the Medill faculty last year, proposed the story after reading about students who were pummeled at a Philadelphia-area high school.

“We worked for more than a year gathering evidence that showed that the school system underreported violent incidents and routinely failed to protect teachers and students,” Sullivan said. “As a result, the school district has established a new protocol for reporting serious incidents and crime.”

Earlier this year the project won an award from Investigative Reporters and Editors.

Last June, Sullivan joined Medill Watchdog, a unique journalism project that brings together students from across Northwestern University and Medill faculty to investigate systemic problems and hold public officials accountable for them. The project’s work has been published in The New York Times and other news sites, and is available at www.medillwatchdog.org.

“What the Inquirer did in the series is exactly the type of work (senior lecturer and Medill Watchdog director) Rick Tulsky and I are undertaking at Medill Watchdog,” Sullivan said. “The reporting effort taught me what a diverse group of talented and dedicated reporters can do when harnessed together. It’s the same principle at Watchdog.”

“John has brought to Medill the same reporting excellence and prowess in the ways to use new technology that are exemplified in the stories that won the Pulitzer,” Medill Dean John Lavine said. “I’m sure I speak for all the faculty, students and staff when I say that we’re all just thrilled.”