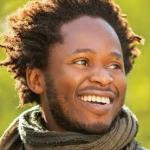 Ishmael Beah will be at Evanston Township High School tonight to discuss his book, "A Long Way Gone: Memoirs of a Boy Soldier."

Beah recollects the story of his life in Sierra Leone as a child soldier. He relates how, at the age of 12, he fled from attacking rebels, describing how his homeland became unrecognizable through violence. By 13, he had been picked up the government army and under its coercive tactics, including the use of drugs, he found himself capable of committing terrible acts. At 15, Beah was taken to a UNICEF rehabilitation center for child soldiers in Freetown, and when he was 16, the civil war hit Freetown.