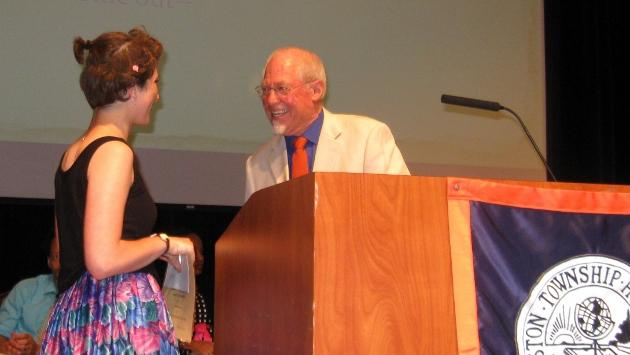 The top short-story prize of $600 was the Bruce E. Mitchell Award for Short Story Writing. It went to Emma Rosengarten. Two runners-up awards of $200 each were granted to Rena Newman and Lily Jones. 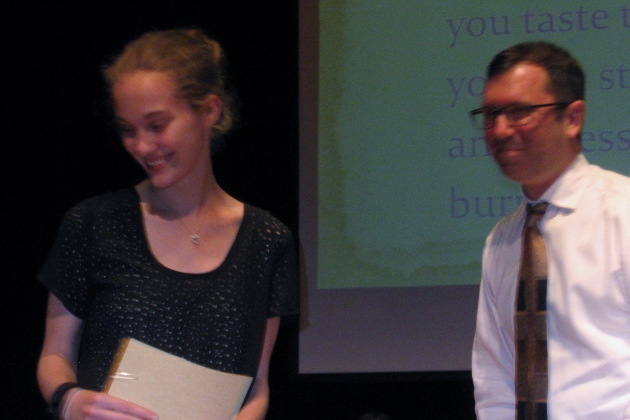 The Mary L. Taft Award for the best all-around English student went to Nora Foutty, who was a runner-up in her junior year for the Mitchell award.

The cash awards come from a donor-designated fund at the Evanston Community Foundation that holds contributions from the 12 members of the Evanston Mens Short Story Discussion Club and is named for one of its members, Bruce Mitchell, who is a retired English teacher at ETHS.

Each year the club receives the top six stories, as vetted by the school’s English staff, and club members choose the winner and runners-up from those six finalists.

Many of the members are present at the award ceremony each year. Because the names of the authors are not known to the club members as they do the judging, they are as surprised as members of the audience to learn who they have chosen as the winners. 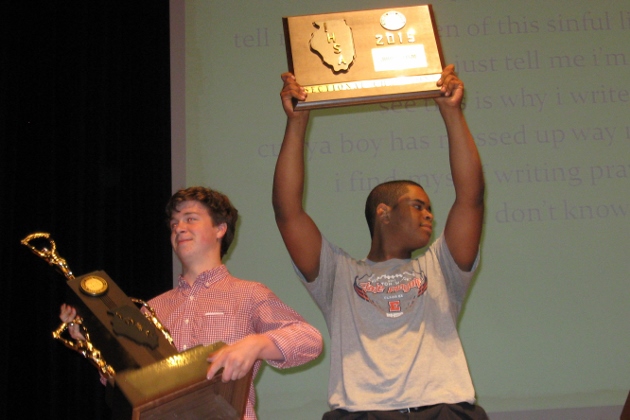 A highlight of the awards ceremony was recognition for members of the school newspaper staff, The Evanstonian, who won top awards this year at the Illinois High School Association journalism finals earlier this month.

Max Goldsmith was the recipient of the coveted Reque Journalism Award, named for a former journalism teacher and adviser to The Evanstonian.