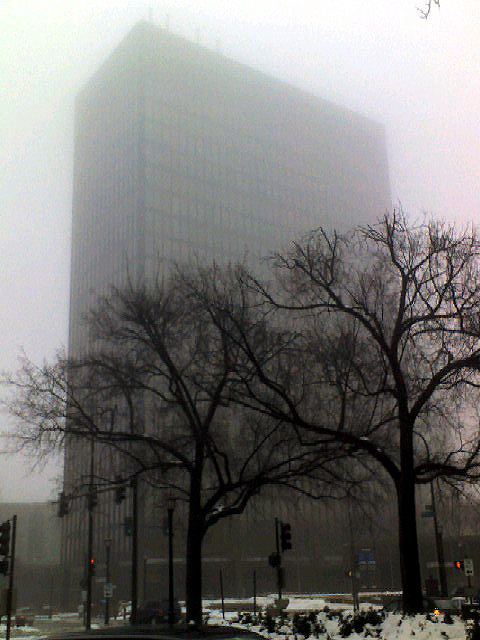 Evanston’s oldest skyscraper, the 1603 Orrington Ave. building, had no trouble blending into the sky in today’s fog, a feat proponents of the proposed 49-story fountain square tower claim it will do even on clear days.

The fog, following the weekend cleanup from last week’s snow storm, is a harbinger of another storm expected to hit Tuesday evening, just in time for the counting of election returns from the Illinois presidential primary and here in Evanston, the much debated referendum that would raise the city’s real estate transfer tax by 20 percent to partially fund fire and police pensions.

The fog caused nearly 1,000 flights in and out of Chicago’s two major airports to be cancelled, and airlines are urging passengers to call to check on the status of their flights before heading to the airport tomorrow.