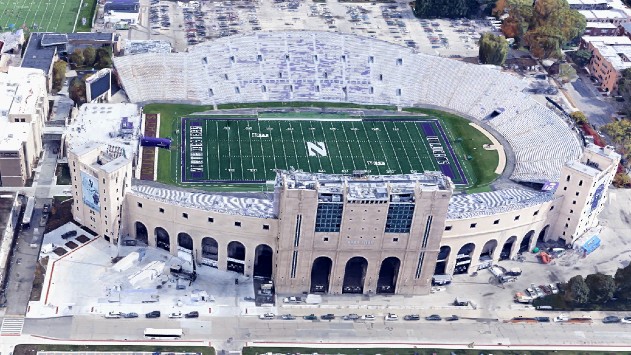 The Big Ten Conference has given in to big bucks, or rather, big Bucks, as in the Ohio State Buckeyes.

Conference athletics directors voted to scrap the conference’s minimum-games-played requirement in order to let the #4 Ohio State take on #14 Northwestern in the Big Ten Championship instead of Indiana. IU had won the Big Ten East Division under previous conference rules, but the ADs changed those rules right before the goal line, to let OSU get into the championship contest.

This is yet another change by the Big Ten in this coronavirus-impacted season. Earlier this year, the Big Ten cancelled the entire season due to COVID-19, only to reinstate it with a shortened, eight-game conference-only regular season.

In order to qualify for the championship game, a team had to play at least six games. Northwestern, the West Division winner, is 5-1 with one game remaining, so that’s not a problem.

But with this weekend’s Ohio State-Michigan game cancelled due to a COVID outbreak among the Wolverines, and with OSU already having two other games cancelled due to the virus, the Buckeyes would have had only five games and would have been ineligible for the championship game under the rules which were in effect until they were not in effect.

A statement issued by the Big Ten said “The decision was based on a competitive analysis which determined that Ohio State would have advanced to the Big Ten Football Championship based on its undefeated record and head-to-head victory over Indiana regardless of a win or loss against Michigan.”

This will be the second time in three years that Northwestern has been in the Big Ten championship game. In 2018, the Wildcats lost 45-24 to … you guessed it, Ohio State. No rule change was needed for OSU to make the game then.