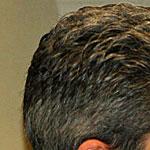 State Sen. Daniel Biss of Evanston persuaded a Senate committee today to advance his plan to abolish the local electoral boards that decide whether challenged candidates stay on the ballot.

If signed into law, Senate Bill 1689 would assign the controversial panels’ duties to county election officials.

“Our ballot access process should be as transparent and easy to navigate as possible, so newcomers and outsiders don’t find themselves at a disadvantage,” said Biss. “The current system, with its unnecessary and inefficient proliferation of boards stocked with incumbents, favors candidates who already know how to play the game.”

The local election board that was set to hear the challenge was composed of Mayor Elizabeth Tisdahl, who later endorsed Fiske, City Clerk Rodney Greene and Alderman Ann Rainey, 8th Ward.

The board ended up not having to act on the challenge, which the Fiske supporter dropped after concluding it could not succeed on the merits.

But the Chicago Tribune reported that in other communities local election boards made dubious decisions ranging from disqualifying a new political party whose name contained an ampersand to removing a candidate whose petitions were deemed too loosely bound together with a paper clip.

Biss says the long-serving incumbents on the boards are prone to conflicts of interest that may not violate state law but could still affect the outcome of a ballot access dispute.

Current school board members rule on school board challengers, for example, and current aldermen rule on challenges brought against town council candidates.

“It makes no sense to leave a candidate’s fate in the hands of people with vested interests in the future makeup of a board or council,” said Biss, who worked with Cook County Clerk David Orr to craft the legislation. “The change I’ve proposed will weaken the role of partisanship in ballot access decisions and promote a more streamlined, professional process.”

The Senate Executive Committee recommended SB 1689 to the full Senate, which could vote on it as early as this week.