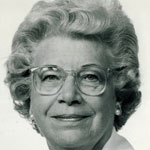 Martha Baumberger, 98, who served three terms on the Evanston/Skokie District 65 School Board in the 1970s, including a stint as the board's president, died Sunday in Hilton Head, S.C.

Her death was confirmed by her son, Bruce, an Evanston resident.

After retiring to Hilton Head Island in 1978, she was elected to and chaired the Beaufort County Council and served as mayor of Hilton Head from 1987 to 1989.

A memorial service will be held at Hilton Head on Oct. 29.