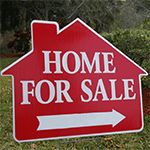 The data, reported in Chicago Business, is from Case-Schiller Core Logic, and shows that prices rose in 77 percent of the zipcodes for which there was sufficient data.

The increases in Evaston were 2 percent in 60201 and 3.8 percent in 60202. But prices are still down more than 20 percent from five years ago and are at levels comparable to those seen 10 years ago.

The report tracks repeat sales of the same property to compile its index.

Increases greater than 7 percent were seen in some near-west suburbs, while declines continued in some southern, far western and far northern suburbs.