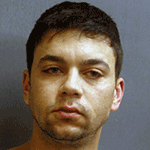 Evanston police this week charged a 33-year-old man from northwest Evanston with criminally sexually assaulting a 7-year-old boy in 2008.

Police say the alleged assaults came to light after after the youngster, now 12, reported the abuse last month to a police resource officer at his school.

Police say the incidents took place between March and August of 2008 when Anthony P. Tyler was a neighbor and acquaintance of the victim's family.

Cmdr. Jay Parrott says Tyler had been charged in 2008 with sexually abusing another member of the same family.

Police say Tyler, who previously lived at 3419 Central St., was arrested Tuesday at his current home at 651 E. Currier Road in Freeport, Ill.

Parrott says Tyler was identified by the victim in a line-up and after reviewing the investigation, charges were approved by the Cook County State’s Attorney’s Office Felony Review Unit.

He's been ordered held on $150,000 bond pending a hearing scheduled for Dec. 9 in Skokie district court.