Evanston aldermen Monday will be asked by city staff to approve setting up a review commmittee to study two proposals received from potential developers for a wind farm in Lake Michigan. 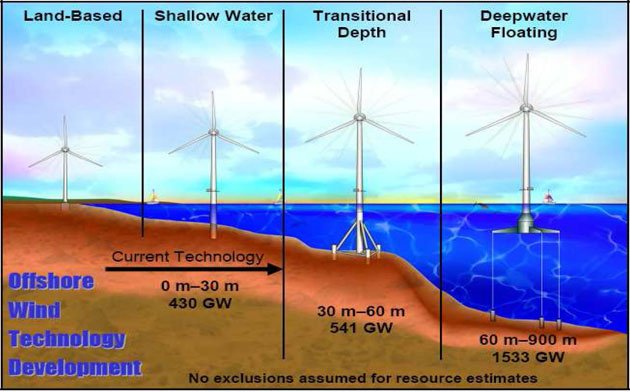 A graphic from Mercury Wind Energy’s response to the city’s RFI.

The committee — to be composed of members of the city’s Environment Board, the Utility Commission and the activist group Citizens for a Greener Evanston — would report back to the City Council in January with suggestions about what to do next about the project.

The city issued a request for information from developers on May 1, and by the June 30 deadline had received two responses from potential developers, a level of response that top city officials found disappointing.

So far the city has made no commitment to move forward with such a project and City Manager Wally Bobkiewicz says the only expense has been of staff time to develop the request for information and review the materials submitted by the two companies — Off Grid Technologies, Inc.  and Mercury Wind Energy.

It appears from their submissions to the city that neither company has actually constructed turbine projects on the scale called for in Evanston’s proposal.