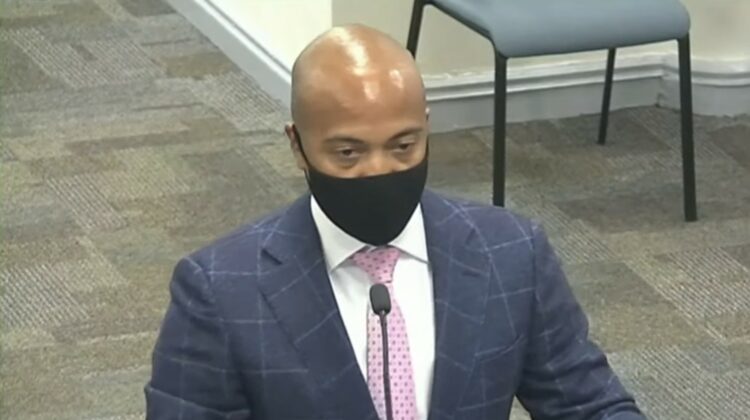 The Evanston City Council’s Rules Committee voted 7-2 Tuesday night to approve a major restructuring of the city’s process for reviewing complaints of violation of the city’s code of ethics.

Under the new scheme developed by City Attorney Nicholas Cummings, complaints would be investigated by a special counsel — an attorney hired as an independent contractor by the city.

The special counsel would either:

The hearing officers are attorneys hired by the city as contractors to conduct hearings on a wide range of city ordinance violations.

After a hearing, the hearing officer would make findings in the case and potentially recommend a fine.

The record creating by the hearing would then be reviewed by an appointed Board of Ethics, which could remand the matter back to the administrative hearing officer to take further evidence or accept the officer’s findings and issue a final written opinion finding either a violation of the ethics code or no violation.

Previous drafts of the ordinance had eliminated the Board of Ethics, but it was reinstated in the latest version, Cummings said, after the Rules Committee in July heard a presentation from Steve Berlin, executive director of the City of Chicago’s Board of Ethics.

The Board of Ethics would consist of three residents appointed by the mayor who would serve two year terms. The ordinance specifies that they should be “known for personal integrity and sound judgment” and “preferably have a legal background or prior legal training.” They couldn’t be city employees or have contractual relationships with or complaints pending against the city.

The push to revamp the ethics violation process developed after two circuit court cases were filed against the city in the last year. In a memo Cummings said those cases alleged that the city was violating due process in the way the Board of Ethics conducted proceedings and made decisions.

With the ethics board hearing complaints, there were charges that board members had had ex parte contact with parties to the disputes.

The Board of Ethics last met last November and all positions on the board have been vacant for months.

Kelly said she opposed having a single person — the special counsel — as the gatekeeper on complaints and wanted a citizen board to do that instead.

Although the Council has been reviewing various versions of the new ethics ordinance since March, Reid said the measure needed to go to a special subcommittee that should have citizen involvement — including from people who used to serve on the ethics board.

Cummings argued against further delay, saying “We currently have pending two ethics complaints with no ethics board in place and three additional allegations of official misconduct that have no place to go.”

The new ordinance still requires approval by the City Council, but since all alderpersons and the mayor are members of the Rules Committee, it would appear Council adoption now is likely.