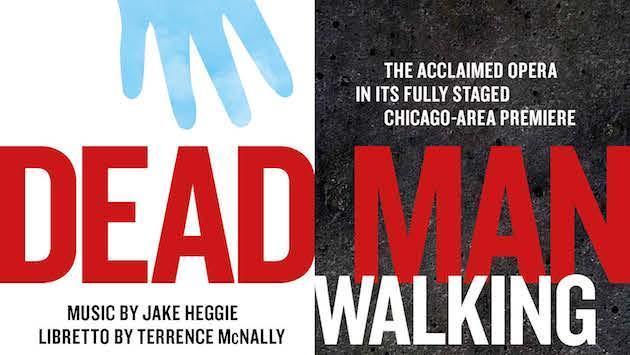 One of the most produced operas of recent years, Jake Heggie’s “Dead Man Walking,” is coming to Northwestern.

The term “opera” does not exactly inspire thoughts of “recent” work or adaptations of modern materials. There is, however, a boisterous community of opera singers and devisers working on new pieces to acclaim from audiences worldwide. This opera is a new American work based on an American’s insight into the death penalty and has garnered high quality accolades for its score and subject matter.

“‘Dead Man Walking’ is perhaps, along with ‘Little Women’, the most popular and frequently produced opera of the last twenty years,” says director Michael Ehrman. “It has had over 40 productions, which is unusual for a new American opera.  The powerful, topical subject matter and the gorgeous, accessible musical score have had a great appeal to audiences. The fact that this is the first time the opera has been presented in its entirety in a fully-staged Chicago production is big news in the local music scene.”

“Dead Man Walking” is based on the book of the same name written by Sister Helen Prejean. Through it, Sister Prejean tells the story of a convicted murderer on death row through the eyes of his spiritual advisor. The story is a nonfictional account of Sister Prejean’s own interactions with Patrick Sonnier, an inmate at Angola, the Louisiana State Penitentiary. After Sister Prejean witnessed Sonnier’s execution, she quickly became one of the country’s leading advocates for the abolition of the death penalty. In addition to the opera, there is a stage adaptation and a film of Sister Prejean’s account.

“Dead Man Walking” director Michael M. Ehrman is artist in residence and director of opera at Northwestern University. Ehrman is very keen on introducing new audience members to the power of modern opera. He thinks that “the choice of relevant, contemporary, and controversial subject matter” contributes to audience members’ enjoyment of new operas. Similar things could be said of most media today, from biting theatrical performances such as “August: Osage County” to films like “The Interview” that stir forth from controversy. The question for Ehrman and the team at Northwestern: will Evanston’s community come out for a new opera that exhibits graphic violence and a parental advisory?

The Evanston community has a demonstrable interest in classical musical performance. Light Opera Works has been successful at reviving classical musicals for years. It’s this interest that Ehrman says may bring out audience members. “When ‘South Pacific’ was revived on Broadway a few years ago, it was viewed as a startling revelation to hear the score played by a full 30 piece orchestra,” Ehrman says. Ehrman connects this work with the work of Light Opera Works, and subsequently, of “Dead Man Walking.”

Ehrman says that he hopes the community comes out for the performance, but whatever happens, he says the experience has been worth it. “For me as a teacher and director, doing this show has been the most rewarding teaching experience of my career…watching these young singers grow has been an utter joy.”

“Dead Man Walking” runs February 20th through February 28th at Cahn Auditorium on Northwestern’s campus: 600 Emerson Street, Evanston. Tickets are $18 for the general public and $8 for students with valid IDs. To order tickets, call the Bienen School Ticket Office at 847-467-4000 or visit www.pickstaiger.org.