The new owners of a house near the Evanston lakefront have drawn fire from neighbors over a plan to move the home and subdivide its lot. 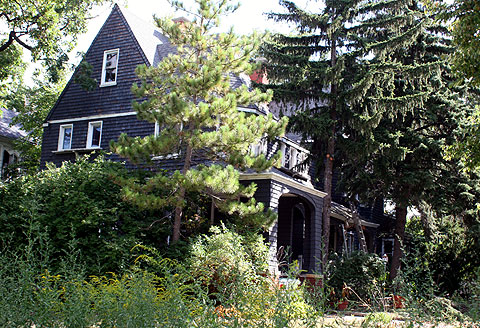 The rambling, Victorian-era home at 1501 Forest Ave. needs substantial work after being tied up in an estate for years, and new owners Janet and Jeffrey Clements won approval from the Preservation Commission last month to tear down additions that weren’t part of the original 1888 structure. 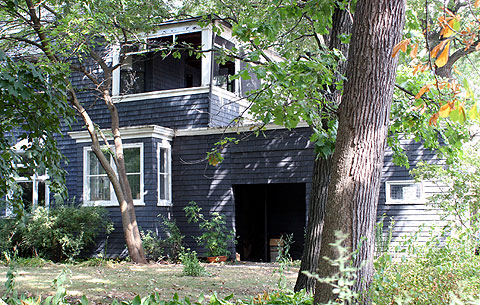 The later additions to the house.

They now are seeking permission to relocate the original building 20 feet east and 20 feet south on the lot.

They also want to subdivide the property, on the northeast corner of Forest and Lake Street, into two lots and potentially build a new home on what would be a newly-created corner lot.

Several neighbors in the Lakeshore Historic District, led by Frank Cicero, a partner in the Chicago law firm Kirkland & Ellis LLP, object to the plans.

Cicero, who lives across the street at 222 Lake St., complains that the commission granted approval to demolish the additions to the home although the new owners had not followed commission rules that say they should notify neighbors of the proposal.

Ruiz says the commission, after studying the 1906 additions to the building, determined that they were not architecturally significant and granted a certificate of appropriateness for the demolition.

The proposal to move the house and subdivide the lot is now scheduled to be discussed at a special Preservation Commission meeting at 7 p.m. on Wednesday, Sept. 3, at the Civic Center.

In a letter to neighbors, Cicero said, "Many of us believe their proposal will change drastically the character of this neighborhood and will inevitably set the stage for further erosion of this historic area by setting a dangerous precedent."

The lot at 1501 Forest is larger than most others nearby, and if subdivided it would result in two 7,200 square foot lots — the minimum size required under city zoning in the area’s R1 residential zone. 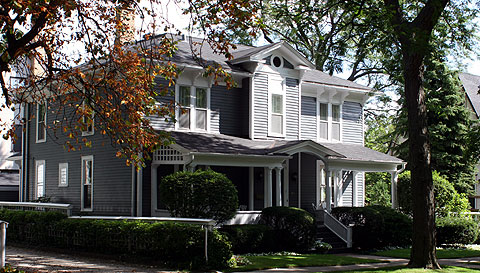 The owners of this 129 year old home at 215 Lake St. object to the plan for relocating the house next door …

Existing homes in the immediate area were built in several different styles over a 50-year period ranging from 1879 to 1929 on lots that range from 5,214 to 23,350 square feet in size. 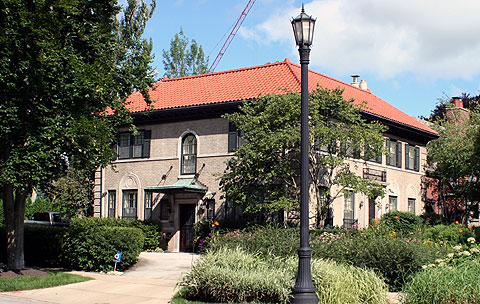 Ruiz says that, if the house is moved, it would be the first time that has happened in his 17 years with the city, but he noted that over time many historic homes have been relocated, in Evanston and elsewhere.

He said some neighbors have argued that the move would lead to increased traffic or views from neighboring homes being blocked. "But those concerns are not part of our purview," Ruiz said.

The objective of the preservation ordinance, he said, "is to allow people to enjoy living in landmark homes with today’s lifestyle, without having an adverse effect on the overall historic district. Otherwise we’d have a museum district, and people would only be allowed to restore buildings to their original state."