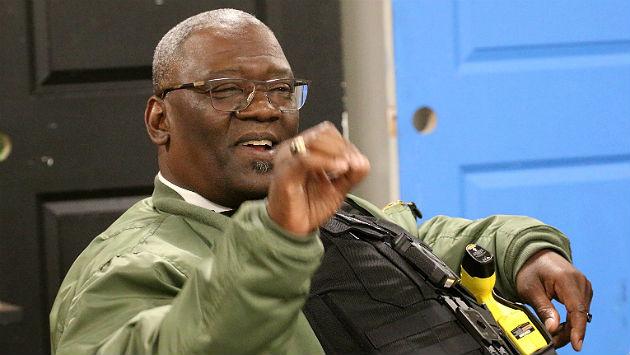 Evanston’s new police chief, Demitrous Cook, drew applause at this week’s 5th Ward meeting when he announced that he’s moving into the ward and buying the home of a former mayor, Lorraine Morton.

Morton died last September at age 99. Her daughter sold the house at 2102 Darrow Ave. and two adjoining lots that month for a total of $380,000 to Rita Kats, whose husband, builder Arkady Kats, has renovated the mayor’s house and has plans to build new structures on the two other lots.

Cook told the crowd, “When you grew up in the projects, it’s always a step up.”

He added that he hoped his presence in the neighborhood can curtail some of the bad activity that’s occurred there in the past. “I’ll be out walking the beat over there,” he said.

Alderman Robin Rue Simmons, 5th Ward, said she was so pleased at the news, she “wanted to do cartwheels.”

But one neighbor did caution the chief, saying, “Don’t cut the lilac bushes back too much.”